Over the years, sneakers seem to have become more popular than ever. You can see people wearing them on the streets, in a basketball game, or a social media post. Since they’re primarily designed for sports or other activities that needed physical strength, sneakers are now widely used.

Each year, different brands and shoe manufacturers present unique designs, making sneakerheads look forward to more. In case you’re new to the sneaker culture, ‘sneakerhead’ is a slang word to describe people who love to own and collect sneakers.

The Jordan Brand, also known as Air Jordans, has a long and rich history, as others say. They started in the year 1985 as their first model was released. It all began when they produced an Air Jordan model for Michael Jordan, an American businessman and former basketball player. He’s a widely known NBA player and considered the best player of all time. The brand became well-known after Jordan brought a significant impact on the game of basketball.

To date, the Jordan Brand has released the famous Air Jordan Retro. Its phase started back in 1994 with Air Jordan 3. And as years passed, different colors and designs paved the way for sneakerheads.

In a few weeks, it’s believed that a new pair of Jordan Brand will be re-released. It’s none other than the Air Jordan 5 ‘Raging Bull’ model. If you’re interested, read on below to discover more about this new pair of kicks.

Owning a pair of Air Jordan could be very significant. It wasn’t merely all about the name or the brand itself. It’s the combination of the design and the shoe that made it look iconic. Its varieties were said to be based on Jordan’s lifestyle, wherein each design was different and unique. It’s like the brand instilled the recognized basketball legend’s lifestyle into the shoe.

It’s also believed that some people who bought Air Jordans are sealing their shoes up in an airtight container, along with a special box to wrap them. This is because people see them not just as a pair of sneakers but also as a pair of Air Jordans that holds great value.

Besides, Michael Jordan won six championships and two three-peats with his team. Who would think an Air Jordan isn’t that iconic?

For the year 2021, sneakerheads were once again awoken by a new pair of Air Jordan sneakers, which is the Air Jordan 5 Retro ‘Raging Bull.’ This design is said to be released this coming April 2021, wherein many Jordan lovers can’t seem to wait to get their hands on it.

The Air Jordan 5 ‘Raging Bull’ or ‘Toro’ is said to be one of the most famous non-original colorways to be released. Its varsity red suede all over the upper and its black accents on its inner liner, eyelets, midsole, and the Jumpman seem to have caught the eyes of sneakerheads.

Here are its details:

As a guide about this new release, here are facts you might want to know about the Air Jordan 5 Retro ‘Raging Bull’ model:

At the end of the day, people seem to be delighted with this rumored release. They’re granted a second chance to possess a pair of the original color, similar to the one released when they were younger. And now, it brings them good memories, that’s why they want to own one.

Jordan lovers seem to have become more enthusiastic these days because of the rumors of the re-release of the Air Jordan 5 ‘Raging Bull.’ As mentioned above, it isn’t just the brand that makes them want it. It’s how it symbolized Michael Jordan and his impact on the world of basketball.

For some, owning a pair of Air Jordan shoes seems to be aspirational. The value it gives makes the shoes feel special. It’s like putting these shoes on means you are part of history. Some thought wearing it could be a reason to look good and feel good. And for them, no other brand of sneakers has been able to do that besides Air Jordan. Moreover, people seem to see it not as plain sneakers but as a lifestyle. 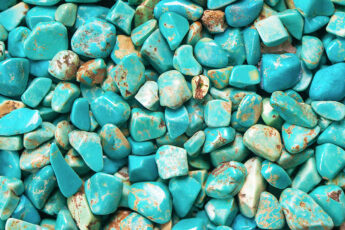 5 Questions To Ask Yourself When Buying Durable Shoes 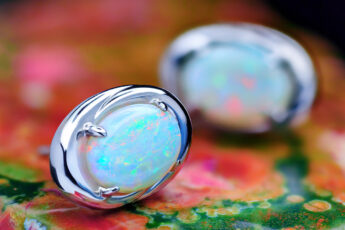 « Previous post
The Perfect Beach Day: How to Dress Your Kids?
Next post »
These Multicolored Makeup Looks Will Get You into the Spring Mood