The evil eye is a legend or curse that is believed to be cast by a malicious glare, usually given to someone when they are unsuspecting. Many cultures across the world believe that getting an evil eye will cause harm or misfortune. Other cultures believe that it is a sort of supernatural force that reflects or casts a malicious gaze back upon people wishing harm upon others, particularly innocents. Amulets or talismans in the form of necklaces, bracelets or other jewelry and accessories created to offer protection against the evil eye are widely known as ‘evil eyes.’

Origins of the Evil Eye

The earliest recorded the history of the evil eye necklace dates back to Mesopotamia around 5,000 years ago, but many symbols associated with the evil eye may actually have originated as far back as the Upper Paleolithic era. The symbol is found in Jewish, Muslim, Christian, Buddhist and even Hindu societies.

Belief in the power of the evil eye is common in the traditions of ancient Greece, the Roman Empire, and many other societies across different parts of the world. Plutarch, a Greek philosopher, offered a scientific explanation stating that the eyes were the main source of deadly rays of energy. In the ancient Roman Empire, not only were people considered to possess the power of the evil eye, but entire tribes were believed to have the power to transmit the evil eye. Belief in the evil eye is also strong in West Africa, Central America, Latin America, South Asia, Central Asia, The Mediterranean Region, and Europe.

Is there any truth to these beliefs?

Belief in the symbol has transcended mere superstition, with several renowned thinkers attesting to its legitimacy. One notable example was the Greek philosopher Plutarch. In his Symposiacs, he proposed a scientific explanation. In his view, the human eye had the power of transmitting invisible rays of energy that were in certain instances powerful enough to cause injury, harm or even death to people and animals. Additionally, he claimed that certain individuals have an even more potent ability to fascinate, citing people from the south of the black Sea as being uncannily proficient when it comes to bestowing the curse. Typically, those believed to be most adept at delivering the curse are blue-eyed.

How the Evil Eye Necklace Protects You With Style

In more recent times, the symbol of the evil eye has frequently appeared in the fashion world. Several top celebrities have been photographed on various occasions wearing jewelry and fashion pieces featuring the symbol.  Wearing this protective symbol for protection against evil powers or negative energy or for good fortune is a cultural commonality amongst the believers. Jewelry, amulets and talismans with the eye symbol were created to offer the wearer protection against the curse of the evil eye. 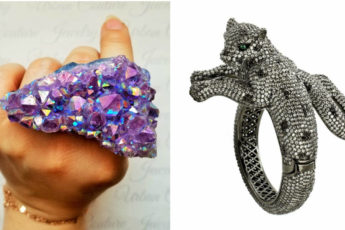 10 Statement Jewelry Pieces That Will Upgrade Your Fall Style 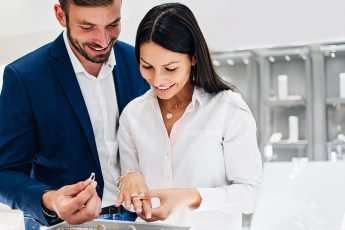 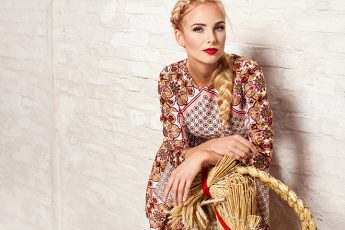 July 27, 2017
« Previous post
Transition to the Sunny Season in Style with the Celebrity Rose Gold Hair Color Trend
Next post »
How to Choose a Leather Jacket For Your Body Shape