Fashion from the Michael Jordan Documentary

The world’s most successful basketball player and Netflix have scored a slam dunk with their collaboration documentary ‘The Last Dance’. Not only is this series a success with sports enthusiasts but has made a surprising hit with the fashion crew and added a new look and feel in Sports Betting. So let’s look at the style of the ’90s in detail.

The official shoe of basketball has always been Converse Allstars, this fact is highlighted in episode 1. Converse was the favoured shoe dubbed the Athletic sneaker way back in 1917 and brought into the game by Chuck Taylor in 1931. Nike bought Converse in 2003, which brings us nicely to the star of the show.

Be like Mike: so to be like Mike your first port of call has to be the Nike Jordan Air starting with 1s. These iconic trainers started life as shoes in which to play basketball. Sounds obvious, but in 1984 when the first black and blue colourway came out, this shoe didn’t have enough white in the design so this prototype was banned and never used on the court but this did not stop the demand.

Totally by accident, this became the marketing ploy that sent Nike and Michael Jordan into the fashion stratosphere; outselling every other brand of trainer in that year, and again in 1985 with the famous black, red and white colourway everyone knows and loves.

It’s no accident that these shoes, now called retros are, released with a slight tweak every year with the latest offering called Air Jordan 11 White Univ Black/Red reselling on auction sites for twice the retail price. But it wasn’t just trainers..

Throughout the 10 episodes, we’re treated to Jordan wearing sharp oversized suits; kicking off in 1984 with a 1960’s style slim suit giving off an Ivy League stance. Moving on to a classic pinstripe suit in grey tones. It was not until the early 90’s that Jordan broke out the suit that is his signature style.

Talking to GQ magazine Jordan says, “I’m a suit guy”, and the Netflix documentary confirms this. Now before you go rushing out to buy an MJ suit know that most, if not all, were custom made by his tailor Alfonso Burdi. Between them, they designed the legendary suit that is cut in a way that was groundbreaking and went on to inspire a generation of fashion followers.

Legend has it that Jordan had 6 suits made for him every week for years. Nice work if you can get it! Youtube shows MJ on The Arsenio Show in 1990 in beige high-waisted trousers with a black short-sleeve shirt and braces. A quick glimpse of his shoes shows MJ sporting a pair of spats: reminding us of 1930s fashion from the prohibition period.

Fashion to the Masses

Sports stars have always had selling power, and Jordan sold and sold: from Nike Airmax as we know them today to the legendary Chicago Bulls team strip. Jordan along with Allen Iverson is credited with changing the style of the original team kit by lengthening the game shorts to under the knee.

While Iverson or AL as he was known didn’t play for the Bulls, he, Jordan and Dennis Rodman created a unique style for men in the 90’s on the back of their success by combining personal style with street style.

Interestingly analytics say immediately after the series played out the fashion-focused Gen Z caused a spike in online sales; Google searches for trainers increased in excess of 20% and 15% for basketball shorts and vests. That’s not all..

What do a French beret, gold hoop earrings and the gold neck chains have in common? These items have also been selling like hotcakes, with online stores popping up specifically to fill the demand.

Michael Jordan will go down in history for being, some would say, ‘the best basketball player of all time’. Others will also point out the fact he wasn’t always a team player: fiercely competitive and outspoken. But no-one can deny he’s up there with the movers and shakers, changing the face of fashion – Jordan sells trainers and the rest is just wallpaper. 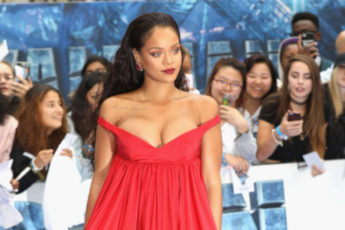 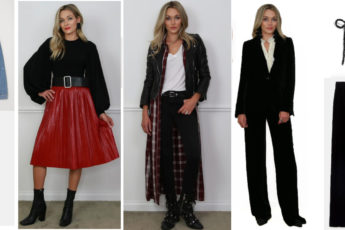 3 Eye-Catching Pieces that are Perfect for Any Party 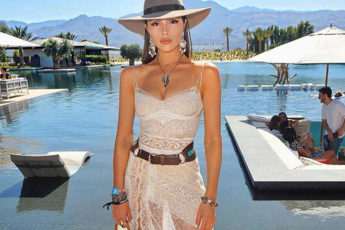 The Chicest Spring Dresses to Steal From Celebs

March 3, 2020
« Previous post
How To Style Your Bob With Bangs For a Chic Look This Summer
Next post »
Why Sterling Silver Rings Make the Best Choice for Any Occasion