What You Should Know About Samba Costumes 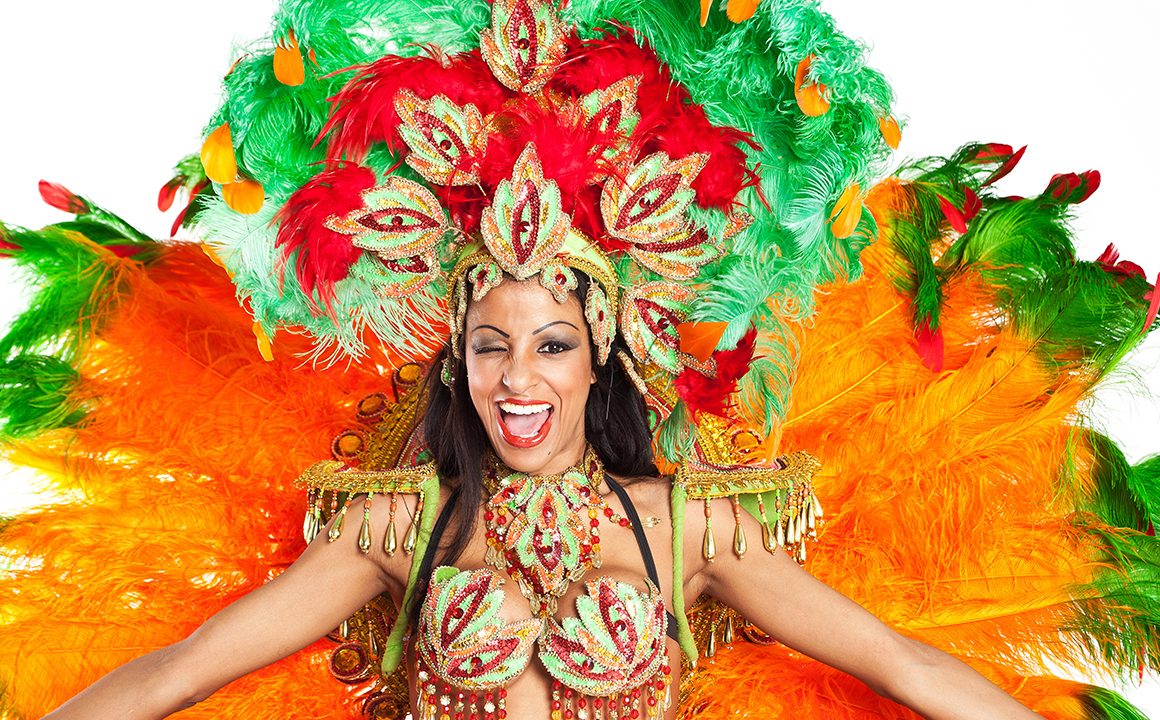 When you hear the word Samba, what comes to your mind? For some, it may be visualized as a sexy African dance with revealing clothes or a dance that can be a bit sensual given the moves and its sexy costume. But do you know there is actually more than what you think?  Allow me to bring you through this great samba dance and particularly its costume that makes this dance and its costume very unique. This article will focus on what the Samba dance is and what are the different types of Samba costume.

What are the elements of a real Samba Dance?

Samba is an exciting, lively, rhythmical dance of Afro-Brazilian origin. It is a carnival street dance, meaning it is performed by Carnaval (Carnival) dancers.  It is danced to samba music and was created by Africans in Brazil from the music and culture that they tried to bring and adapt from Africa to Brazil.  The dance is highly influenced by a lot of Angolan and Latin American music and dance genres.  Samba includes a set of dances and not just one.

How would you describe a Samba Costume?

One may think that the design as it is mostly skimpy and a bit baring may seem to be on the revealing side. But in truth, there is a reason behind its ‘barely there’ side.   Given that Samba dance is so lively and rhythmical, it is important for dancers to feel good while dancing and they can easily move and cool down with minimal costume. This is why the legs, arms and shoulders and torso areas are shown or exposed to give the dancers more freedom to dance and to make them feel lighter.

Because the Samba dance is edgy and rhythmical in nature, it goes that the design should also look a bit edgy.  The costume normally includes accessories with colorful feathers, sequins, beads, fringes, shimmer and diamante. It is very nice and aesthetically pleasing to the audience!

What are the Types of Samba Costume?

The Traditional Samba costume is an embellished bikini style costume. It is normally accentuated with a really huge head gear with lots of colorful and big feathers.

For those who do not wish to wear bikini style, they can opt to wear hot pants partnered with sheer skirts. Wrap tops can also be used.

To create more accents or to stand out, dancers can add gloves, calf accents, heels, and a lot of colorful jewelries. The more details, add-ons and colors, the better so the whole Samba costume becomes more eye-catchy. The goal is to create a really visually appealing and highly detailed Samba Costume!

The Carnival Samba Costume is the most important and most recognized type.   This type of costume is exclusively worn by “Passistas.” Who are the “Passistas?” They are the professional Samba dancers.   What differentiates the Carnival Same Costume is the use of more expensive materials like Swarovski crystals and pheasant feathers.  Also, a key factor for this type of costume is that it is built to last for a long long time.  As the costume is made of very expensive and exquisite materials, the Carnival Samba costume can be worn over and over by the different professional dancers for several more years.

While the Carnival Samba Costume is built to last, the parade costume is not. It is just made to be used usually for only one event or two. It is usually using lower quality materials and less expensive ones.   Another main differentiation of the parade costume versus the Carnival Samba costume is that this costume can be worn by any women who just wish to take part in the samba parade. They are not professional dancers or the “Passistas.”

The parade costume also has elaborate details though not as much as that used during carnivals. It still has colorful feathers and crystals.  The objective of this is still to stand out during the parade and for the women to attract possible suitors.

The Latin America Samba costume has layered sequins and pleated skirts unlike the traditional samba dance costume. The skirts can either have the slits or not.  Other than this, it may also have leotards that can be placed under the skirts.  These leotards are partnered with tops that look like the monokinis. This costume can still have the colorful headgear, boas, beads, fringes and feathers.

This type of costume is a combination of both the traditional costume and the Latin American Samba costume. The modernized costume can still have the typical of the original like the headgear and feathers but it may opt to leave out the others like wrap skirts. You can find examples through professional retailers like Charismatico dancewear which offer many types.

Now that you have known details about the Samba Dance and the different types of costumes, hope you have learned a thing or two. Next time you see a Samba dance video, you can now be able to appreciate the beauty and meaning behind the Samba Costume and you would be able to enjoy watching the dance even more. 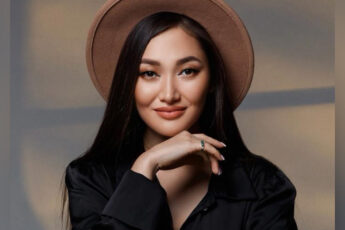 Sabrina Ganesh: “From the first second on the catwalk, I felt 'in the right place', so I continue to do modeling to this day.” 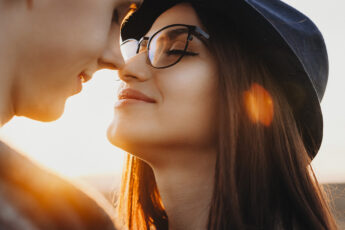 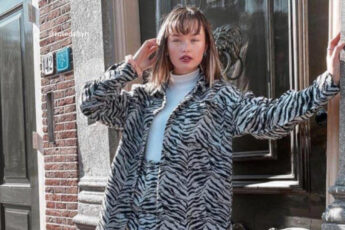