According to recent polls, only about one to two percent of Americans eat a strictly vegan diet. In spite of those statistics, veganism has been a trending topic, with an increasing number of vegan restaurants and grocery options cropping up nationwide. If you have been considering trying out a vegan lifestyle, these five things you should know about veganism might help you make your decision.

What Is a Vegan Diet?

A vegan diet is similar to a vegetarian diet in that people who follow a vegan diet do not consume meat. However, while many vegetarians consume non-meat animal products, such as milk, eggs and cheese, vegans try to avoid animal products entirely. Vegans have a variety of reasons for excluding animal products from their diets ranging from religious doctrine to concerns over animal cruelty or exploitation in food production to health concerns. Not all vegans have the same standards. For instance, some vegans have made the argument that it is OK to consume eggs from humanely raised backyard chickens, while others consider this practice exploitation. Many people who consume a vegan diet also try to avoid the use of animal products in other areas of their life, such as cosmetics, fashion and other consumer goods.

What Do Vegans Eat?

There are many different eating styles within the vegan diet. Food choices tend to vary depending on the tastes of the person involved and their reasons for choosing a vegan diet. Vegans who are focused on the health benefits may choose to eat a whole foods or raw foods diet. Vegans who are vegans strictly for ethical reasons may consume more processed vegan foods and meat substitutes. Most vegans probably eat a mix of “healthy” foods like whole grains and vegetables and comfort foods like vegan mac and cheese and veggie burgers.

Vegan diets can be good for weight loss, but it depends on what you eat. Simply avoiding animal products probably will not result in weight loss. Vegan foods such as many kinds of pasta, vegan cheese, vegan mayo, processed snack foods and some meat substitutes are fairly calorically dense. You may be able to eat these foods and lose weight, but it will require you to make other lifestyle changes, such as portion control. Some research has indicated that vegans tend to have lower body weights than the general population, which may be attributed to factors such as the high fiber content of the average vegan diet, however, it could also be attributed to other lifestyle factors, such as level of physical activity.

Can You Still Eat at Restaurants?

An increasing number of restaurants are making an effort to offer vegan and vegetarian foods on their menus, however, eating vegan at a restaurant sometimes does require planning and a willingness to ask questions and make special requests. Many vegetarian options can be made vegan by asking the chef to leave out any dairy products or honey. Many restaurants that don’t have any vegan or vegetarian options on the menu are willing to make something vegan from ingredients they have on hand if you ask.

Are There Any Famous Vegans?

Celebrity diets are always a popular topic of discussion. Famous people are promoting just about any eating style you can think of and veganism is no different. Famous vegans include musicians Moby and Paul McCartney, actors Joaquin Phoenix and Forest Whitaker, actresses Pamela Anderson and Jessica Chastain and the United States, Senator Cory Booker.

With vegan options expanding all the time, it is easier than ever before to adopt a vegan lifestyle. However, if you’re not sure veganism is for you, there’s no reason you can’t try incorporating vegan foods into your diet without going fully vegan. 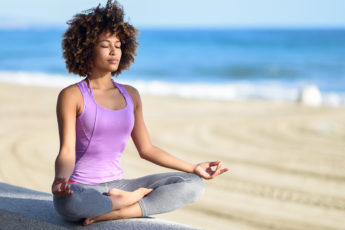 Embrace the Ways of India to Look and Feel Healthy

December 11, 2019
« Previous post
4 Random Qualities That Would Make Any Woman Beautiful
Next post »
These Winter Hairstyles Will Take Your Breath Away