Why Switching to Vaping in 2020 Is Easier Than Ever

Vaping has been around long enough at this point that, if you’re a smoker, chances are that you’ve tried it at least once. There’s also a good chance that, if you had your first experience with vaping more than a few years ago, you weren’t entirely happy with it. Your experience with vaping may have even been so negative that you ended up writing it off and deciding that it wasn’t for you.

During the early years of vaping, the products that most beginners bought were small cigarette-shaped devices called cigalikes. People who tried to quit smoking with cigalikes commonly reported that they:

If you’ve been ignoring vaping for the past few years – and you’re still smoking – it’s time to give vaping a second look because today’s e-cigarettes are incredibly different from those of the past. There has never been a better time to switch to vaping than right now, and pod vaping systems from companies like Premium Vape Australia are the reason why.

So, what’s special about pod systems, and why have they made now the perfect time to switch to vaping – even if you tried to switch and failed before? Those are the things you’re about to learn.

What Are Pod Vaping Systems?

You can identify a pod vaping system by the fact that it stores its nicotine liquid in a removable plastic pod with a window. You use the system by pushing in a pod and vaping until the pod is empty. One pod usually delivers around the same amount of nicotine as a pack of cigarettes, and when the pod is empty, you remove it and throw it away. Unlike the cigalikes of the past – which were designed to resemble tobacco cigarettes – pod systems don’t look like traditional cigarettes. They usually look more like pens or USB thumb drives.

During the early years of vaping, it was important for electronic cigarettes to look like tobacco cigarettes. People needed the visual cue to understand what e-cigarettes were. Today, though, a vaping device that looks like a real cigarette is the last thing many smokers want. Pod systems don’t attempt to emulate cigarettes at all. They make it possible for you to vape discreetly without announcing the fact that you’re trying to kick your nicotine habit to the world.

Pod systems are discreet and pocketable. They come in an enormous variety of shapes and colors. Using a pod system doesn’t signal the fact that you’re a smoker to everyone nearby, and you’ll have no trouble finding one that suits your personal style.

The reason why the vapers of the past found cigalikes so unsatisfying was because those devices produced very small vapor clouds and didn’t have much nicotine in their e-liquid. Pod systems also produce small clouds, but they compensate for that with a new generation of vape juice called nicotine salt e-liquid.

One of the major problems that early vapers had with cigalikes was the fact that their operation was sometimes problematic.

Pod systems represent the culmination of many years of research and development, and they resolve the problems that affected the reliability of the early vaping devices. Compared to a cigalike, a pod system:

Pod systems are the true consumer products that early vapers always wanted their e-cigarettes to be. Buying a pod system truly means that all you need to do is charge the battery, push in a pod and enjoy. It’s a completely natural transition for any smoker.

The final complaint that many people had with the early cigalikes was that they simply didn’t taste very good. E-liquid in those days was made much more cheaply than it is today, and vape juice producers didn’t put much thought into developing complex and interesting flavor profiles that people would want to enjoy every day. Instead, they tried to copy the flavor of tobacco cigarettes. E-liquid can taste like almost anything, but it can’t taste like tobacco smoke; it doesn’t contain tobacco and doesn’t burn.

Today’s pod vaping systems represent the pinnacle of modern e-liquid flavor development. You don’t want to inhale vapor that tastes like an imitation of an ashtray? Neither does anyone else. That’s why modern e-liquid makers have developed vape juices that taste like mangoes, chocolate chip cookies, fruity bubblegum and just about anything else that you can imagine.

There are literally thousands of different e-liquid flavors in the world today, and you can experience all of them with a pod vaping system. Simply choose a system with refillable pods, and you’ll be free to buy bottled e-liquids in the flavors that appeal to you. 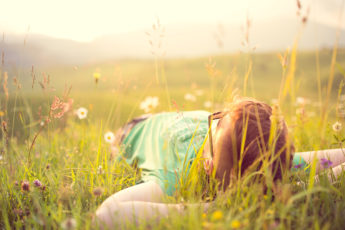 Benefits of Good Night Sleep that You Probably Didn’t Know 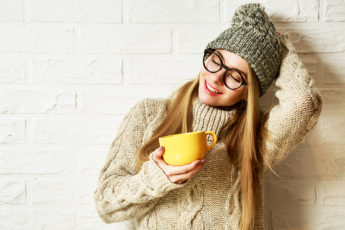 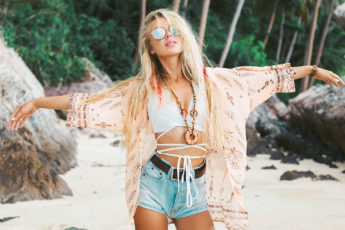 5 Outfits That Are Ideal For Traveling Around the World

February 15, 2019
« Previous post
The Best Long Haircuts For Thin Hair
Next post »
How to Dress in Avant-Garde Fashion