The digitalization of modern society is happening at an unprecedented pace. The Internet has become an integral part of our lives, and every year this part becomes more and more important. Alongside that, the advancement of technology means that online trends themselves are changing. In earlier times, when Internet speeds were lower and it was not available everywhere, emails, communication on social networks (mainly by texting), reading blogs and dating on forums were the priority. Now the picture has changed a lot.

The Internet has become multiple times faster, and the very way we perceive information and content has changed. Human interactions have changed in many ways. Social networks and forums have been replaced by more convenient and functional messenger apps. Classic dating sites have been partially supplanted by anonymous cam chats, and VR and AR technologies, which until recently were something from the realm of fantasy, have become commonplace.

Let’s take a look at how the development of technology has changed our entire lives and what Internet trends are at their peak right now. It’ll be an interesting journey!

Video content has always been popular. It allows you to convey to the viewer the maximum of important information in the shortest possible time. In addition, interaction with audiovisual content is usually more comfortable for a person than just visual or audio.

We’ve seen some changes lately though. For example, the growing interest of contemporary people in short videos rather than  long ones. Many people prefer to watch an episode of a TV show in the evening rather than a film that lasts several hours, and YouTube also favors shorter videos over hour-long programs (although there are exceptions). And social networks are introducing their equivalent to Instagram Stories — they’re already available on Snapchat, Twitter, Facebook, YouTube, and so on. TikTok, with its short videos, falls into this category too.

Short videos of 10-15 seconds are easy to consume, quite unobtrusive and generally informative. On the other hand, we’re seeing a reduction in people’s attention spans — the so-called level of focus. Over the past few years, it has really decreased, so a modern person can no longer concentrate on one thing for as long as earlier generations. This causes certain difficulties with study and work, but in general, no critical changes have yet been observed.

A couple of decades ago, AR and VR technologies were really in the category of science fiction. Only a few people could have imagined that they would soon become not only publicly available, but also quite cheap. For example, the most primitive virtual reality headset, which simply plugs into your phone, costs only $10-20. AR technologies are supported by most modern smartphones and tablets.

Of course, more technologically advanced VR systems are more expensive. For example, virtual reality headsets such as HTC Vive, Oculus Rift, Valve Index VR or Sony PlayStation VR will cost much more. But the price still cannot be called exorbitant. And the effect of immersion in virtual reality they give is difficult to compare with anything else.

This is not to say that VR and AR technologies are now triumphantly spreading around the world. They are still imperfect and they have a long way to go. And many people complain of dizziness, headache and nausea after VR use. Nevertheless, progress does not stand still and there’s no doubt that the future belongs to these technologies.

As for AR, the technology has become unexpectedly successful and in demand, not to mention very useful. An example is the IKEA Place app. On it, you can select a piece of furniture you like from the catalog and, in augmented reality mode, “place” it right in your home, examine it from different angles, compare how different colors look, and so on. It’s extremely convenient and makes life easier for thousands of buyers around the world. Also remember the game Pokemon GO, which also uses AR technology and literally took over the whole world a few years ago.

The many video content, augmented and virtual reality technologies are all important. But these technological innovations are more focused on obtaining content and interacting with it. What about human communication? You can’t replace that by watching a video or playing a computer game in VR.

There’s another popular Internet trend that has been gaining traction for over a decade — live cam chats. Webcam chat sites began to appear in 2009, with Omegle and Chatroulette the pioneers among them. Since then, interest in them has not waned, and in the new era of coronavirus and mass quarantine, it grew rapidly.

What camchats are the most popular in the world today? Let’s take a look at some of them!

Chatrandom is a very popular cam chat, where you can search for chat partners by gender and interest. But there’s no geographic filter, which is not very convenient. Chatrandom does offer group chats by interests. You simply select the theme chat of interest and join it, or for an extra cost, you can go chat with just girls.

This random cam chat can hardly be called highly functional, but there are basic search settings here. You can choose your language, as well as use a gender filter. It doesn’t work 100% accurately, but it still helps filter the user base. The disadvantage for many users will be Chathub’s lack of a mobile app, but you can use the web version of the site from your smartphone or tablet. It is not as convenient as the application, but in general it works.

With its minimalistic interface, OmeTV is inherently different from many live cam chats. There are gender and geographic filters, and an automatic message translator is provided for convenient communication with people who don’t speak your language. To make communication even more comfortable and free, the OmeTV developers offer mobile applications for iOS and Android. They’re in no way inferior to the web version, and better in many respects.

EmeraldChat is one of the newcomers to web cam chat. The site is relatively new, but it already boasts several interesting features. For example, each user has a karma rating. It determines who you’ll be connected to and how “priority” you’ll be in the connection queue. Text chat also has quite broad functionality — in EmeraldChat, you can not only chat, but also exchange photos and other media files.

Tinychat is not really a cam to cam chat, but rather a video streaming service. You can start a stream or connect as a viewer to another participant’s stream. Quite a good way to diversify communication and make yourself familiar to a large audience. But it is far easy to communicate face-to-face here, and this must be taken into account.

CooMeet is a unique webcam chat in many ways, and coomeet.com/camchat is definitely one of the best chats for men, as it only connects them with girls. Moreover, every girl must confirm her identity. This is necessary to prevent fakes, bots and advertising profiles, which are often hidden behind women’s accounts on many sites.

Like any modern cam to cam chat, CooMeet has iOS and Android apps. This means that you can use all the tools of the site directly from your smartphone without restriction. Another interesting point is the affiliate program in which you can earn real money for attracting new CooMeet members.

Technology does not stand still. Every year new services appear, and already familiar sites become even more sophisticated and versatile. In just the past ten years, we’ve seen technology take a massive leap forward, and what until recently seemed like science fiction has become everyday life.

There is no doubt that in the near future we’ll see a lot of technological breakthroughs that will change our lives and the principles of our communication with others. One thing can be said now though: dating and chat on the Internet is really convenient and safe, and most importantly, it’s fulfilling. After all, finding new friends and even a soulmate has become easier than ever before. Use a random cam chat, meet and communicate with pleasure! 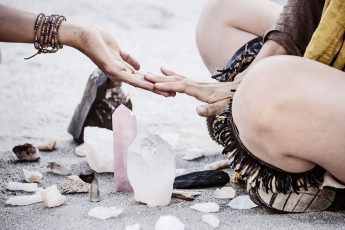 4 Ways To Accessorize With Spiritual Crystals

October 8, 2021
« Previous post
How to Properly Take Care Of Your Skin And Look Younger
Next post »
How to Get Fuller Lips