Printed Fabrics for Clothing Between History and Production

How many people, through experience or through word of mouth, know the characteristics of fabrics, especially if they are those high-quality fabrics or printed fabrics for clothing? Probably not many! In fact, while everyone is careful to check the origin of the garment they are buying, few know the history of these fabrics.

The production of printed fabrics, for example, hides a past that is rich in history, craftmanship and tradition as well as a pinch of legend which accompanies the characteristics of these textiles.

Here below we will set out a short list of these fabrics for clothing which can also be bought online.

Silk is the noble fabric par excellence, famous from West to East for its brightness, softness and refinement. Processed for the first time in China, silk was the fabric of the imperial court.  Legend narrates that in 3000 B.C. it was an empress, Xi Ling Shi, the consort of the Yellow Emperor Huang Di, who discovered the qualities of silk thread while she was walking in the garden of the imperial palace. Gradually, along the Silk Road, its fame reached Europe where, in the interplay between secrecy and monopolies, it became part of the most profitable arts of commerce, especially in Italy. In our own country the production of silk fabrics became increasingly important and so led the rest of Europe. In Florence it was recognised as one of the seven most important crafts during the 15th century.

Another fabric which stands out among high-quality fabrics is wool. Its production too is an ancient art linked to craftsmanship with very deep roots. It is handed down that already in 3000 B.C., in Mesopotamia, woollen garments were used, and, with the passing of the centuries, this became one of the most used fabrics in the broad market of high-quality textiles. The peak of production in Europe arrived during the Middle Ages, the period when corporations controlled the production and sale of goods. Again in Florence, the processing of wool was the biggest and most important corporation of the city.

Among the varieties of wool, one of the most valued and costly yarns is cashmere. It is taken from the shearing of the cashmere goat, a species which mainly lives in the highlands of Tibet, as well as Iran, India, China and Afghanistan. The textile taken from these goats is ideal to protect against the very severe temperature changes in the regions of Central Asia.

These are just some of the examples of the production of fabrics; numerous other fabrics make up the bunches in ateliers, whether these are for clothing or for furnishings.

For more specific information, please refer to the detailed article the world of printed fabrics. 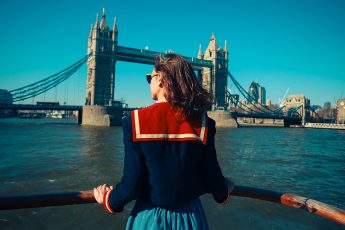 A Fashionista's Guide to Visiting London 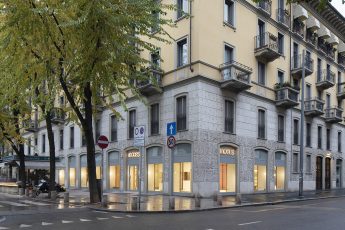 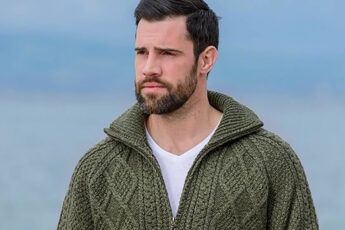 Wear your Aran With Pride This St Patrick’s Day

March 2, 2021
« Previous post
How to Wear Animal Print in Winter
Next post »
The Sexiest Short Hairstyles That Work For Winter, Too