How The Jumpsuit Became Such An Iconic Outfit

From utility garment to iconic fashion piece, the journey the jumpsuit has taken is nothing short of amazing. How did this piece of clothing go from the realm of parachuters, and war-time factory workers to runways and red carpets?

Just as the trench coat went from military gear to chic wardrobe staple, the jumpsuit has taken is very similar journey, winning the masses over slowly but surely. The jumpsuit isn’t just the combination of a top and bottom, it’s so much more, and it’s importance goes beyond fashion.

There’s no denying just how ICONIC the jumpsuit is. Nowadays, most us own one or many, and we love them when we just want that perfect little look for a night out, a special occasion or just a day of running errands. A jumpsuit is a great fashion piece for women of all ages, from sophisticated women in their 40s, young party girls in their 20s, and it can also be a really fun and chic fashion choice among pre-teenage girls. This kind of universal appeal is no small feat, and it speaks heavily to the design excellence of this piece of clothing.

But where did it all begin?

Women wearing jumpsuits is something that truly began when women were contributing the wartime effort. It’s not easy to work in the factory and help with building stuff when you’re wearing a dress, along with super uncomfortable shapewear. Women needed something better, something more suited to utility, and that’s how the jumpsuit became the right thing to wear.

The jumpsuit truly sealed itself in our collective consciousness as a chic piece of wearable fashion in the 1970s, when all the biggest stars started wearing them, especially in the oh-so-glamorous era of disco and Studio 54. From Bowie to Cher, this was a turning point in fashion. The iconic halter neck mixed with an uber wide-leg pant took over closets and more iterations of jumpsuits soon followed. Then of course, there’s the denim jumpsuit, which mixes the easy cool of denim with the glamorous jumpsuit shape. As time went on, we’ve seen this revolution continue to win the world over. The jumpsuit now comes in the form of the romper and the boiler suit the calls back to the past. Today, we now even see jumpsuits being chosen as a wedding look instead of a traditional gown.

The Ease of It

The jumpsuit has come back into fashion and stood the test of time because at the core of it, it’s simple and it takes a lot of the mental hard work of coming up with an outfit. Styling outfits can be overwhelming, putting two or more pieces together to come up a chic look, and dresses are a one-piece solution. The jumpsuit is just another iteration of this, albeit more experimental, edgy and fun.

In a lot of ways the jumpsuit is very emblematic of the increase in freedoms women have gained over the last century. There was once a time where women couldn’t even dream of wearing trousers. Pants were considered clothing for men, and even though they became full on fashion thanks to stars like Katharine Hepburn, the early jumpsuits were an important precursor. The development of women’s fashion is very much connected the emancipation of women over the years. As women got more freedom, it reflected in their closets.

In the 1920s, dress hemlines went from long to knee-length, and in the decades that followed, more and more of these changes happened because women got to be what they wanted to be – self-determining citizens. Even though it was based in utility, this was going to shape women’s fashion for years to come.

Today, we have so much freedom to wear what we want, and dress according to our authentic voice and sense of style. This liberation is hard won, and nothing exemplifies this more than the journey of the jumpsuit, from utility gear to important garment for women stepping up during a challenging time, to a chic piece of fashion that’s worthy of magazine fashion covers, red carpet looks and the wardrobe of every woman who revel in their fashion freedom. 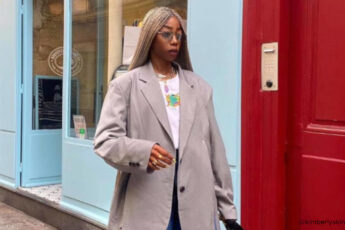 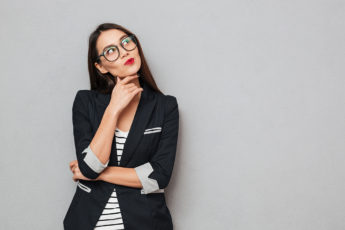 How to Wear Stripes 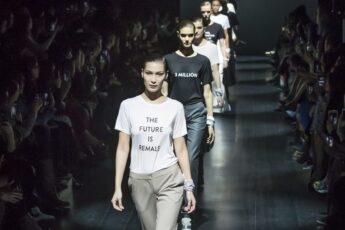 4 Reasons Why Graphic Tees Will Always Be Great