Orange County is situated in the metropolitan of Los Angeles in the U.S California state. In the population context, it is the third most populous county of California, number sixth in the U.S, as per the census of 2010. It is considered to be the second most compactly inhabited county in the state after San Francisco County. Although it is a touristy point for visitors, Orange County has a population of over 3 million which is more than 71% of white people.

This county is deemed as a heaven for beach lovers and surfers as the six popular cities i.e. Newport Beach, Laguna, Beach, Dana Point, Seal Beach, Huntington Beach, and San Clemente, are situated on the Pacific Coast. These absolute locations of such beauties provide exotic and relaxing vacation spots for visitors from all around the world. Orange County attracts millions of tourists each year because of its fame of countless beaches, trails and tracks, and many mentions in TV and film industry like Knocked Up starring Seth Rogan and Katherine Heigl.

Apart from its business and commercial significance in the world (which we’ll cover ahead), the economy of Orange County heavily relies on tourism. Anaheim, one of the significant cities of the county, is the hub of many tourists. Disneyland of Disneyland’s Resort is the second most go-to theme park all across the world. Similarly, Knotts Berry Farm, which is said to be America’s first theme park, attracts around 7 million people in a year.

Additionally, Orange County is also an epitome of arts and culture in the region too. A lot of famous artists, musicians, and celebrities belong to this county like Krystal Meyers, Vincent Walker, Art Enthusiast Elizabeth Segerstrom, French Dancer and Choreographer Benjamin Millepied towards its regular gatherings and galas of art and music.

Apart from its basic introduction and attractions, let’s explore some amazing facts about Orange County:

Apart from being considered as a tropical and touristy place, Orange County is the headquarters of various Fortune 500 companies. Companies from various industries like finance, automotive, healthcare, banking, and technology have offices in this part of the state of California. Some of those companies are Mazda, Toyota, KIA, Hyundai, Broadcom, Western Digital and Pacific Life. Similarly, the city of Irvine is also the home of many start-up companies in the region.

Residency of Many Celebrities

Another reason to fall in love with Orange County beaches and houses is that many artists and celebrities live or have lived in this area. Some of the celebrities are Tiger Woods, Gwen Stefani, Late Kobe Bryant, Will Ferrell and so many more. No wonder, you might come across some celebrity over your coffee break from surfing.

Another mind-boggling fact about Orange County is one of its historical stories. It is quite popular that around 1857, a gang of thieves and robbers resided in Orange County. Owing to this fact, regular stealing and robberies were quite part of the norm for years here. The name of the main man of the gang was Juan Flores. It is said that Juan Flores killed a cop named James Barton, and escaped the police who tried to catch him. He was finally caught after eleven days and never escaped prison then.

A very few people know this history about Orange County. People believed that the entire scene happened in a place, which is now called “Barton’s Mound”, it is nearby 405 Freeway.

Another, nearly- mythical story about Orange County’s history is a story of once-popular pirates here. Somewhere in 1818, a pirate by the name of Bouchard cruised from Argentina to California. And just like any other pirates, they needed alcohol. They went to San Juan Capistrano, gulped down all food and alcohol and sailed away after it. Seems weird!

Since it is near to Los Angeles, this place has the potential to be a perfect location for many TV shows and Hollywood movies. Many shows and movies were shot here like, That Thing You Do, American Horror Story, The Sopranos, etc.

Similarly, numerous novel writers have a special connection with Orange County as a lot of classic novels are either inspired by or set in the beaches or serenity of Orange County. Some of the popular mentions are:

If you are looking for an inspiration for your upcoming novel, pack your bags to Orange County.

Some Germans, who came to the area in 1857, used to live nearby Santa Ana River. They introduced the word “heim” which means “home” in their German language. Hence, the name of “Anaheim” was derived. They used to produce a lot of wine in this area and it is said, there were many vineyards in the locality. However, due to some bug and disease that ruined all the grapes in the 1880s, it was all lapsed and replaced with fruits and vegetables. And, maybe the “Orange” of Orange County came from there. Quite a story!

Orange County is a perfect mix of adventure, serenity, culture, history, fame, and fun. It has something for everyone. From surfing spots to shopping strips, from artsy culture to long coastlines and from historic fascinations to a modern corporate alley, Orange County has a lot to choose from. What else you need for a vacation spot. Start saving money, do the bookings and have the time of your life in Orange County. Bon Voyage!

Cities to Visit When You Are Solo Traveling 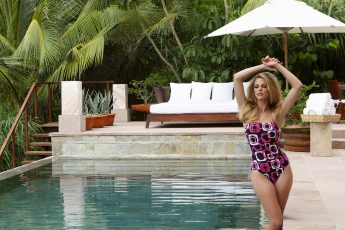 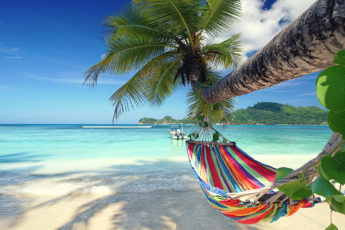 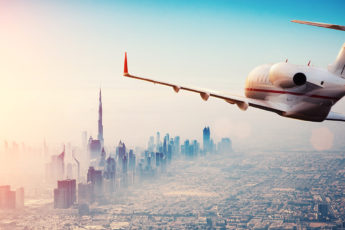 How to Look Good After a Long Flight

February 27, 2019
« Previous post
Turn a Photo into a Painting to Create the Best Gift for You
Next post »
Drenched Hair is the New Grunge Hair Color Trend That Got Everyone Obsessed