Cities to Visit When You Are Solo Traveling

Few things stir the adrenaline in the blood and the joy of the soul as traveling alone, which is the safest way to make new friends, while discovering the planet we are fortunate to populate. It wouldn’t be a great surprise to discover some hidden things about you that you did not even suspect when you are alone in the middle of the adventure, only you and your backpack.

Why miss the absolute relaxation, in the most famous wine region of the world? Especially when you deserve them all. Describing briefly the idyllic centre of Bordeaux, we can only say that it’s 18th-century full of charm architecture has not escaped the protective wing of the UNESCO World Heritage Site. Among the most important architectural objectives are the Gothic Cathedral of Saint Andrew and the magnificent Place de la Bourse, somehow difficult and impossible to escape your gaze. And because we were saying something about wine and pampering in the same sentence, choose at least one of the days to enjoy a refined dinner, at one of the restaurants or wine bars lining the cobbled streets of Bordeaux.

However, everywhere you look at it, you can’t bring too many reproaches to Greece when it comes to discussing vacations and holidays. The problem, when you think of such pampering tourism, which abounds nonetheless in islands, beaches, nature, culture and all the silence, is always: “And to what corner of Greece should I go?”. We tipped the balance in favour of the largest island – Crete. Once the temptation of staying for hours at the seashore is removed, you still have time to research the history of the place, the Archeology Museum, Knossos Palace, the Venetian walls and a visit to the city of Rethimno, about 70 and a few kilometres from Heraklion.

Ho Chi Minh City is Vietnam’s most dizzying, high-octane city of commerce and culture, which has driven the country forward with pulsating energy. Like a chaotic whirl, the city breathes life and vitality into all its settlers and visitors. From the finest hotels to best guesthouses, from the classiest restaurants to the tastiest street stalls and from the many choices of boutiques to the scrum of the markets, Ho Chi Minh City is a city of energy and discovery.

Here you can wander through timeless alleys and be amazed of the incense-infused temples. In addition, you can also check out chic designer malls that are beneath the sleep 21st-century skyscrapers. One generation ago, the city was in turmoil, but now the former Saigon’s urban collage is a real beauty because it blends two worlds into one existing mass.

But let’s move on to happier things. Ho Chi Minh is famous for many things, and the markets (loaded with about 3,000 stands, a number that not even the largest European Christmas markets can boast of), the bargaining culture and motorcycles will catch your attention. It is estimated that 8.4 million souls live within the city limits along with the 7.4 million motorcycles that belong to them.

Welcome to San Antonio! The land of the Alamo battle of 1836 and the place where the Texans’ independence struggle in front of Mexico left the most important souvenir. And if February brings you here on vacation, you need to attend the San Antonio Stock Show & Rodeo, an event that promotes Texas traditions and agriculture receiving no less than 2 million visitors a year.

The Hemisfair Fair, with its Tower of the Americas, is an urban park that should not escape any traveller’s eyes. The representations given by mariachi and the Spanish-themed festivals bring outstands with dishes and clothes to marvel at, but which reminds you tirelessly that you are at a jog on the Mexican border.

San Antonio has a lot to offer, it even has a place for casino lovers. Just Like Vegas – Casino Parties is a casino hosting service, found in Austin and surrounding areas as well. They provide superior gaming experience, their equipment being modern and streamlined, with interactive and engaging dealers. Blackjack, roulette, craps, and of course, slots, which are found in many online casino games. It’s well known that online world proves to have many advantages, playing from wherever you are and enjoying the same atmosphere as in offline casinos. But you can’t miss San Antonio’s casino games, which gain more and more popularity lately.

You can finish your day with a quiet stroll along the San Antonio River because, regardless of the season, the temperatures here allow restaurants and terraces to dazzle through the southern charm of Latin America.

If you are the man who chooses his vacation destinations according to the taste buds, then surely the colourful capital of Georgia will be waiting for you with open arms. Tbilisi is a true culinary paradise for the senses: generous portions of “khinkali” (a speciality of meat pies) and the Georgian equivalent of pizzas, “khachapuri“, served on every street corner. Add some good glasses of delicious red wine, specific to any post-communist state, and then relax at a thermal bath at any spa in the Old Center. Built-in the 5th century, this city with a rich history has been rebuilt 29 times over time, which means you can discover a mix of medieval, classical, Art-Deco, or Soviet influences at every step. All these, plus the perfect summer weather, make Tbilisi the next metropolis that will soon become a favourite holiday destination, according to estimates.

With almost half of the population under the age of 25, Cape Town conquers you through its modern, friendly and innovative style. Get carried back in time with a visit to the newly renovated factory in the Woodstock, Old Biscuit Mill neighborhood, or browse through the world-renowned boutiques for their designs, or stroll through the various small business department stores. No wonder the metropolis was awarded the title of World Design Capital last year. And tourists who love animals should not miss a walk on Boulder Beach, to be close to the jackass penguins, who move around like at home.

How to Bring More Travel and Adventure into Your Life 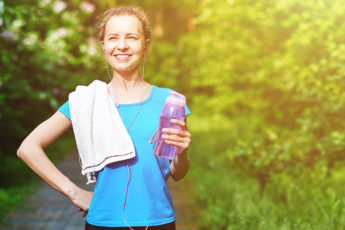 How to Work Out from Your Phone 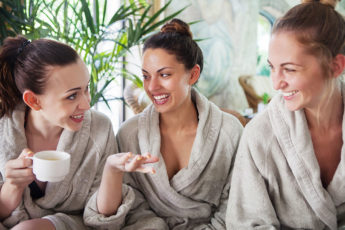 What to Look for When Choosing a Day Spa 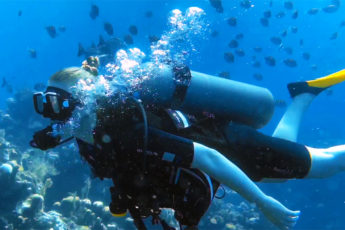