A long and successful career in Hollywood requires actors and models to look young for as long as they are active in the business. Looking good is paramount in the film industry, and a lot of A- list celebrities take different measures to make their appearance seem younger. One common practice to which a lot of them turn is plastic surgery. Even though this practice is considered taboo by some people, it is still very popular among celebrities, and they are usually pretty open about it as well. Whether it is a nose job, lip job or a face-lift, you will see examples of all of these from the celebrity community.  Here are a few celebrities who experienced the procedure and were not afraid to talk about it:

The star of the hit, Iron Man trilogy, Gwyneth Paltrow is among the A-listers who have been open about their experience with plastic surgery. Despite being the founder of the clean beauty company, Goop, Ms. Paltrow has turned to Botox treatments in the past, though she did mention in an interview in 2013 that Botox treatment did not suit her, and she is still open to trying other options. She did say she is hesitant to go under the knife, but she also mentioned that her mindset might be different when she is 50 years old.

Botox might not have suited Pepper Potts from Iron Man, but it did work successfully for Jenny from Forrest Gump. The famous actress, Robin Wright, has spoken publicly about her Botox experience a few times. She said that everyone is doing it these days, and even though she can’t speak for everyone, it has been a good experience for her. She mentioned she only goes for it twice a year and does one unit. The star also talked about other recipients of Botox who have suffered side effects because of overdoing it, and advised not to go for more units than your face can handle.

You can also elect such treatments, and can succeed as Robin Wright did. There are several trusted clinics like Carolina Facial Plastics where you can experience Botox or facial treatments safely. But remember the star’s advice, do not go for more than you can handle.

The Academy award-winning actress, Jane Fonda, has also gone under facelift procedures. In her documentary, Jane Fonda in Five Acts, with HBO, the star shared about her experience with plastic surgery. She said that she was happy that she looks young for her age, but she is not afraid to admit that she went under a face-lift procedure. She mentioned “I got tired of looking tired when I was not”. She did not complain about the procedure and was ok with it.

The iconic Phoebe, from the TV show, Friends, is also among the celebrities who went under the knife. In an interview with the Saturday Evening Post, Lisa mentioned that she chose nose surgery because her nose was not doing her any favors. She mentioned “I went from, in my mind, hideous, to not hideous. I did it the summer before I started high school. I was happy that no one knew how hideous I looked before.” She felt that it was a great change and was very happy that she chose the procedure.

Another Academy Award winner and top actress of her time, Nicole Kidman, has gone through the procedure. She admits that the procedure made her look better, but she might have done it too many times. For her, it came to a stage where she could not move her face properly again. Just like Gwyneth Paltrow, the procedure did not suit Kidman either.

15 Celebrities Who Have Walked The Runway 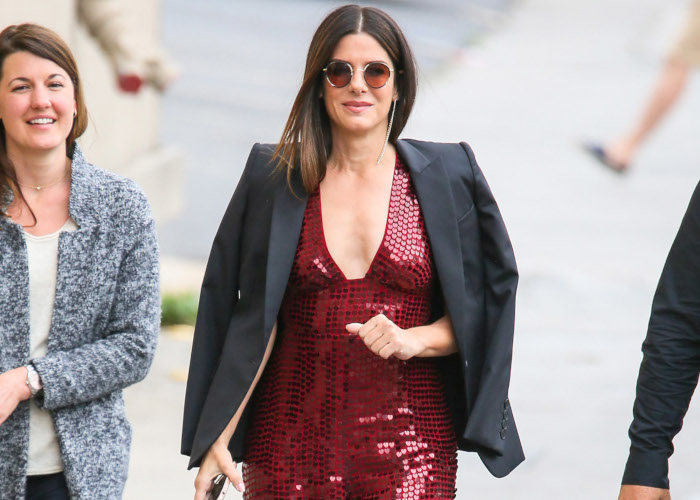 How Celebrities Get Ready for the Holiday Season

December 20, 2013
« Previous post
The Gluten-Free Diet: The Best Options Where You Can Find Gluten-Free Products
Next post »
Metallic Hair Colors You Have To Try This Season