Today the fashion world mourns the loss of another giant. Hubert James Marcel Taffin de Givenchy, the founder of the luxury fashion house Givenchy, died at 91. Everyone’s favorite French designer and genius passed away on Saturday, the family announced. Hubert established the high-end brand back in 1952 and worked his way to the top. His immense talent, discipline, and creativity made him one of the most popular designer names in the history.

Givenchy revolutionized the luxury fashion in many ways. He is the first-ever designer to launch a high-end ready-to-wear collection. Hubert debuted his first couture line in 1952 right after founding his fashion house. It was only two years later when the designer introduced the RTW concept. During his career of fifty years, Hubert got to dress an array of iconic women including Jacqueline Kennedy, Jane Fonda, Princess Grace of Monaco and many more. He sold his brand to LVMH in 1988 but kept the position of creative director until 1995.

Hubert was succeeded by a number of up-and-coming designers after his retirement. Alexander McQueen, Ricardo Tisci, and John Galliano are just a part of the popular names that designed for Givenchy over the years. Tisci kept the position from 2005 to 2017 and brought back the old recognizable shine to the French fashion house. Last year Clare Waight Keller made her debut as a creative director of Givenchy.

“I am deeply saddened by the loss of a great man and artist I have had the honor to meet and get to know since my appointment at Givenchy. Not only was he one of the most influential fashion figures of our time, whose legacy still influences modern-day dressing, but he also was one of the nicest most charming men I have ever met. The definition of a true gentleman, that will stay with me forever.’- Clare Waight Keller expressed her sadness.

The iconic designer was a part of the industry for over fifty years, and in that period of time, he brought an array of fresh changes that will always be remembered. Best known for his friendship with Audrey Hepburn, Hubert’s work is the definition of Parisian chic and elegance. Audrey was his long-time muse and source of inspiration. The two collaborated for over four decades, both on her personal style and her film outfits.

Thanks to his genius mind, we all learned that even classy designs can look fun and sophisticated. Hubert de Givenchy might not be among us anymore, but his work and influence will stay eternal. 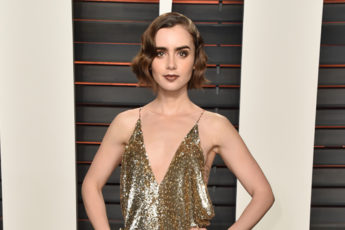 Get In On the Trend: Gold Dresses Celebrities Have Worn