Best Dressed At The 2017 Fashion Awards

The 2017 Fashion Awards, formerly known as the British Fashion Awards took place at Royal Albert Hall in London last night. This is one of the most glamorous fashion events of the year. It celebrates all the talented personalities in the industry starting from designers, and brands to models. This year’s edition was attended by an array of influencers that had a very successful year. The awards show also made a tribute in partnership with Swarovski to several iconic names that the fashion world lost.

Adwoa Aboah won one of the most important acknowledgments of the night. She was crowned as the “Model of the Year’, snatching the award from Kaia Gerber, the Hadid sisters, and Winnie Harlow. Adwoa made a bold fashion choice flaunting sparkling mini dress from Halpern. The mini sequined ensemble was seen on the SS 2018 runway show of the brand. It was probably the most eye-catching piece of the night. After all, the winner deserves to shine brightly. The supermodel finished off the look with a pair of platform sandals and a metallic turban. Her Louboutin shoes were encrusted with 2000 Swarovski crystals.

A number of influencers attended the event, so is hard to tell who won the night when it comes to fashion. The 2017 Fashion Awards featured iconic guests such as Donatella Versace, Naomi Campbell, Stella McCartney and more. Naomi paid tribute to one of the greatest designers of all times and her best friend Azzedine Ala‚Äö√†√∂‚àö√≤a. She appeared on the scene surrounded by other models, all of them wearing Ala‚Äö√†√∂‚àö√≤a. Additionally, Maria Grazia Chiuri was granted with Swarovski’s Positive Change award.

Selena Gomez once again stunned with her red carpet choice. The young singer wore a gorgeous satin dress from Coach. Selena brought vintage vibes with the delicate gown which was decorated with intricate lace and floral details. Coach wasn’t an unexpected choice because Selena Gomez is their ambassador. She also showed off her chic blonde tresses and vampy brown lip.

Kaia Gerber is only 16, but she is already a fashion icon. Cindy Crawford’s daughter was also nominated for best model of the year. The young beauty wore a romantic ruffled two-piece ensemble by Ralph & Russo. The lavender crop top revealed Kaia’s toned abs, while the figure-hugging skirt added an elegant touch to her look.

Here are the fashion highlights from last night’s Fashion Awards in London. The best-dressed looks include Zendaya, Ashley Graham, Karlie Kloss and more. Flip through the gallery to see them all.

Hottest Ways To Pull Off Ripped Jeans According To Celebs 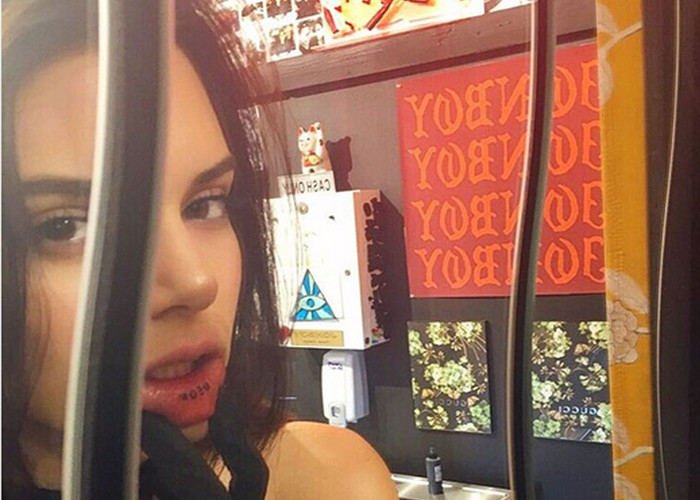 Kendall Jenner Revealed The Story Behind Her Lip Tattoo