Raf Simons introduced his second collection for Calvin Klein. The Belgian designer celebrated America in his own special way. In a dramatic setting and dark soundtrack in the background, Raf’s models walked the runway presenting his latest designs. American horror movies and iconic directors such as Kubrick and Hitchcock served as the base for his work.

“Fashion tries to hide the horror and embrace only beauty, but the two cannot exist without each other. The collection is a celebration of the American dream – in all of its extremes.”- Raf explained after the show.

Simons was inspired by dreams, hopes, and horror as their opponent. According to the designer the beauty industry only shows the bright side, so he decided to dig a little deeper and show the darker side. His all-time inspiration is Andy Warhol and his work. Raf once again used his amazing pictures, this time from the “Death and Disaster Series’.

This season he ditched the classic American motifs, forgot about the conventional Cowboys and introduced a variety of new trends. According to the designer, fringe is the next big thing for Spring 2018. His amazing tasseled dresses hold the spotlight in the collection. Fringed bags with multicolored tassels, worn by both male and female models, were another unexpected, but astonishing part of the presentation.

The 16-year-old Kaya Gerber had her long-anticipated runway debut during last night’s show. Cindy Crawford’s model daughter is already a big face in the fashion industry. Kaia looked amazing in a daring pair of satin yellow pants matched with a black and white shirt. The young model wore the buttoned shirt over a vibrant blue turtleneck.

Simons used rubber and polyester in making of the gowns and coats. Besides this unexpected choice, he didn’t forget about his favorite material- the denim.

Simons found a special way to pay homage to his fashion house. The designer used the bottles of Calvin Klein‘s two best-selling perfumes. He created smaller versions of “Obsessed’ and “Eternity’ and placed them on bags and belts.

Celebrities occupied the front rows of the event. “Stranger Things’ actress and CK ambassador Millie Bobby Brown was there to celebrate the powerful new collection. Paris Jackson also didn’t miss the chance to congratulate her favorite designer. Brooke Shields, Jake Gyllenhaal, Lupita Nyong’o and the cast of “Moonlight’ were among the other celebrities that attended the show. 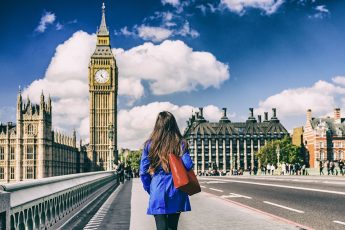