The New York Fashion Week starts next week on September 7. This year there will be multiple changes predominantly in the schedule. Big names such as Altuzzara, Rodarte, Thom Browne, and Proenza Schouler decided to show their collections in Paris. Probably this was the reason why the NYFW will end one day earlier than usual. The last shows will happen on September 13.

During the NYFW designers will show their spring 2018 women’s collections. Some designers moved to Paris, but there are still many exciting names that will show their designs next week. Among the fashion houses that are returning this year to the NYFW are Tom Ford and Fenty x Puma by Rihanna. Both shows are expected to have a high-profile audience full of celebrities and influencers. There are also some designers who will show at NYFW for the first time. The cool streetwear label Daisy approved by Kim Kardashian West is on the schedule for this year. Next, Matthew Adams Dolan, Rihanna’s go-to denim designer will also make his debut on the NYFW. Other new names include Snow Xue Gao, Lou Dallas and Barragan and LRS. The plus-size clothing brand Addition Elle will also be part of the NYFW for the first time ever. Models such as Ashley Graham and Jordyn Woods will walk the runway for the brand. This is expected to be the most body-positive NYFW so far.

Another change this year is the location. Rumor has it that Brooklyn will be the center of the fashion events this year. Some of the brands already confirmed their locations in Brooklyn. Additionally, some designers choose out of town locations. Ralph Lauren, for example, will show his collection 46.1 miles from One World Trade Center. The designer will present Spring 2018 designs in his garage in Bedford. More designers are leaving the runway concept and opt for a more intimate atmosphere. This way, the audience has a closer look at the designs. Designers, on the other hand, get an opportunity to connect with the audience on a more personal level. This year Narciso Rodriguez and Rag and Bone will show the collections in their ateliers.

The NYFW has many new faces this year. The most popular one is Kaia Gerber, the 16-year-old daughter of the former supermodel Cindy Crawford. Kaia is the new face of the Daisy perfume by Marc Jacobs. Therefore, we should expect the model to make her debut at the NYFW on the Marc Jacobs’ show.

There are also many fashion films this year and upgraded in-between show snacks. Movies, snacks, and fashion seem like a perfect idea to spend the week. 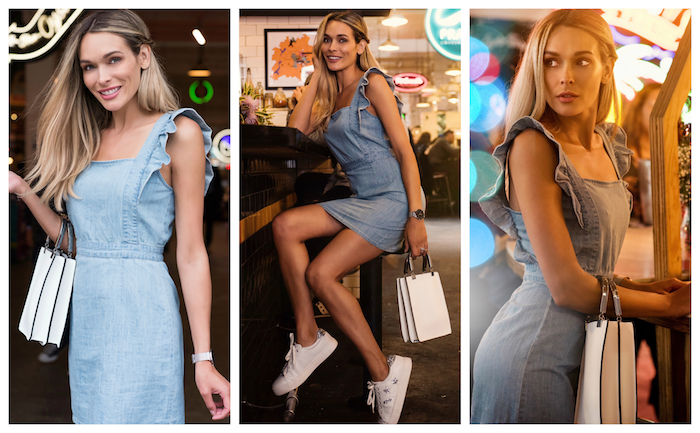