Eva Longoria To Show Her First Collection At NYFW

The New York Fashion Week is just weeks away. Starting from September 7 we’ll have one week to enjoy the shows of some of the greatest designers in the world. Although New York fashion week has lost many big names in the last couple of years, one exciting new name has just been added to the schedule. Eva Longoria confirmed that she will stage her very first runway show at New York Fashion Week. Besides Eva Longoria, there are a few more names that are about to show their collections for the first time at this prestigious event. Fellow actresses Rosario Dawson and Alysa Reiner, known for their roles in Orange Is The New Black are also going to be part of the New York Fashion Week. Vanessa Simmons of MTV’s “Run’s House is another actress on the NYFW’s schedule. Claudine DeSola, Tabitha St. Bernard-Jacob, and Livari by Reiner will be making their debut at this year’s NYFW.

Eva Longoria will show her affordable collection from her eponymous line. The collection will be presented as a part of Kia STYLE360’s roster at Metropolitan West. This means that Eva Longoria’s show will go live on Facebook while broadcasting 360-degrees in virtual reality. This is not the first fashion project for the actress. Last year Longoria collaborated with the US retailer The Limited and designed two collections for the brand. Unfortunately, the company went out of business 7 months ago after closing all of their 250 stores.

Throughout the years, Eva had a chance to learn fashion from one of the most successful designers. Victoria Beckham, who shows her eponymous line at New York Fashion Week for almost 10 years is a close friend of the actress. Therefore, Eva Longoria has the right person to take tips from. Victoria Beckham will for sure be sitting in the first rows at her close friend’s show. Eva has worn Victoria Beckham’s designs for years, and it’s yet to be seen if the former Spice Girl will return the gesture.

Eva Longoria’s show it’s scheduled for September 13. For those who won’t be able to attend, the live-streams will bring the authentic atmosphere from the show. Eva’s signature collection will be a true treat for those who admired her feminine style throughout the years. The affordable prices will make the collection accessible to more people. 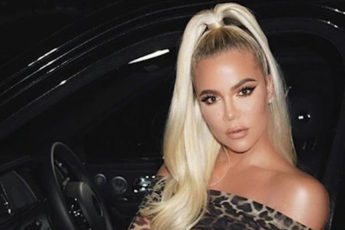 Biggest Celebrity Hair Highlights Of 2019 to Use as Inspo