Rihanna and her brand Fenty collaborated with Stance socks on another collection. This exclusive line features RiRi’s most iconic and memorable looks ever. This time, the two brands chose four of the singer’s most daring appearances and placed them on the socks. The socks come in two sets. The name of the collection says it all- “Iconic Looks’.

The second pair from the box was inspired by RiRi’s “Pour It Up’ video. It celebrates one of her sexiest and most daring looks ever. In the video, she appeared in thong-looking denim shorts and an amazing bejeweled bra. Her red lips, long black gloves, and the sparkling choker are also portrayed on the socks.

The other set is named “Rihanna Awards Show Box’, and it features a Swarovski glittering dress by Adam Selman. The singer appeared in this stunning dress at the 2014 CFDA Awards and left everyone in awe. And the last pair of socks features the canary-yellow Guo Pei gown she wore at the 2015 MET Gala. The dress featured a massive train and is one of the most talked about dresses ever. The socks also show the nude pair of Toerless Muse pumps designed by Christian Louboutin.

The Barbadian singer has collaborated with Stance on several occasions in the past. Her previous designs include knee socks, thigh-high socks, footless styles and more. All of them carry the singer’s edgy vibe.

The sets are already available online on stance.com. Each box costs $48 and you better hurry up before these amazing socks are all gone. They might not be as cool as the original outfits but are definitely a must-have for all die-hard Rihanna’s fans. Considering that Rihanna is among the biggest fashion icons ever, she can certainly put her face on socks, and never worry about the sales. 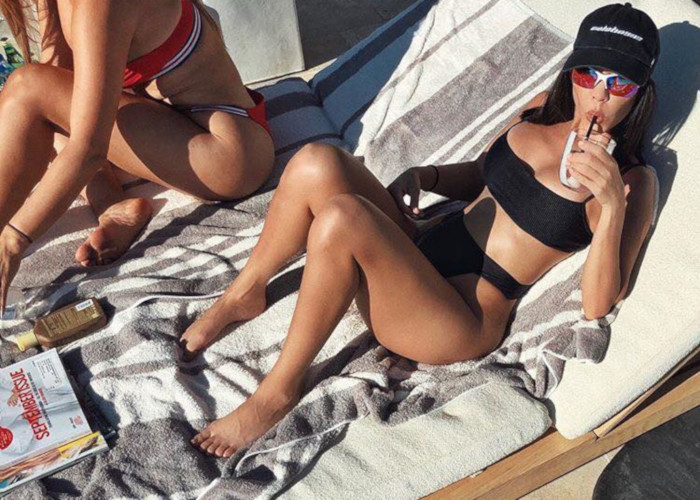