Logo Nails Are The Ultimate Nail Trend For 2017

It seems like Balenciaga once again sparked a new trending topic, but this time it wasn’t about clothing or accessories. After the brand’s Fall 2017 show, people have been going crazy over logo nails. Balenciaga’s models appeared on the runway, not only wearing the most amazing clothes but also having the coolest nails.

The nail artist Mei Kawajiri created this special logo nail manicure and started a major trend all over Instagram. This New York-based artist has collaborated with the French fashion house and many different celebrities in the past.

She is also responsible for the crystallized extra-long scarlet talons for Balenciaga’s spring/summer 2017 show that took place in October. Many other celebrity nail artists started following the logo trend.

The manicurist used a very minimalistic design, that is both sophisticated and glamorous at the same time. Every model had a set of the signature letter “B’ on their thumbs while keeping the look clean and simple with a glossy nail polish from the brand Kure Bazaar on every fingertip.

Jin Soon, the brain behind Marc Jacobs‘s fall nails used the brand’s nail polishes to make deeply glamorous looks. He finished by adding the “Marc Jacobs’ letters to some of the models, while others only had double J’s on their pinky fingertips.

But the nail logomania doesn’t stop there. The famous artist and curator Petra Collins found the perfect way to announce that she is the new face of Gucci‘s latest fragrance. Her pink logo nails are a masterpiece done by the expert Madeline Poole.

The It girl Gigi Hadid showed off her Tommy Hilfiger nails during press for her debut collection with the famous designer. Marysol Inzerillo is the manicurist who made sure that Gigi had her perfect nails for a perfect debut.

Jessica Washick, who is a designer for Nike, showed off her new nails on her Instagram profile. She is also a very talented nail artist.

This is just another way of showing that fashion has no limits. If you can’t afford to put your hands on an expensive piece of the luxurious collections, you might feel comforted by getting your branded nails done. Balenciaga, Gucci, Adidas, Nike, Puma and Hermes are only a part of the brands whose logos have been popping up on nails. Just find yourself a good nail artist and you will feel like a celebrity, too. 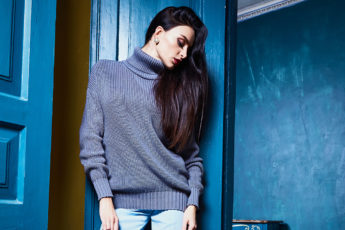 How to Care for Every Type of Clothing and Fabric