Memes are the Internet’s second favorite child (cats’ videos will forever hold the gold metal), and Gucci knows that. To promote its new watches, Gucci decided to get artistic with memes, launching the #TFWGucci campaign (TFW stands for That Feeling When), and collaborating with some of the world’s most inspiring, funny hilarious meme creators.

If you happen to spend a lot of time on Instagram like me, Gucci’s unbelievably funny memes are something you already might have noticed, even though at first the campaign had a soft opening. Now, meme after meme, the #TFWGucci project is grandiosely all over Instagram, and perfectly captures Gucci’s irreverence under creative director Alessandro Michele’s influence (who is extremely inspired and fascinated by Internet culture), as well as the brand’s Le Marché des Merveilles range of watches that strike with their edgy silhouettes.

“To launch the new Le Marché des Merveilles collection of watches, Gucci commissioned international artists curated by Alessandro Michele to develop original imagery. The images were then given to a new class of viral creators already famous on Twitter and Instagram to turn into new memes. The result is a curated collection of captioned art designed to help viewers express themselves online. Adapted from a popular meme, That Feeling When Gucci is about the moment of putting on one of the watches, when the world suddenly becomes different and time slows down a little bit. [‚Äö√Ñ√∂‚àö√ë¬¨‚àÇ] As Gucci’s memes spread across the Internet, they’ll reach new eyes and find new purposes,’ writer Kyle Chayka narrated on Gucci’s website.

Gucci’s #TFWGucci campaign thus includes both paintings and photographs based on those paintings, which all in all make the project even more creative, opulent and especially funny. The memes, some of the captions of which are extremely popular and basically a hugely significant part of our pop culture, are, of course, not only Instagram’s, but also Twitter’s trending topics already.

Meme creators and artists such as Polly Nor, Qatar”based duo Christto & Andrew, Ege Islekel, Los Angeles-based Amanda Charchian, @Beigecardigan, and @Gothshakira have all got enlisted by Alessandro Michele to give us something funny to laugh at and honestly relate to as well.

As a way to further promote both the featured artists and Le Marché des Merveilles range of watches, Gucci decided to exhibit the memes at Baselworld, which is one of the industry’s most renowned luxury jewelry and watch fairs. For those who won’t manage to visit it, all the memes are already available not only on Gucci’s Instagram account, where every single creator is tagged and praised, but also on the microsite Gucci has specifically created for its #TFWGucci project.

I personally really like how the concept of ad campaigns is evolving and becoming closer to performance and pop art (just think about Karl Lagerfeld’s collages for the Chanel fall 2016 campaign), and I cannot wait to see Alessandro Michele’s new artistic ventures for Gucci! 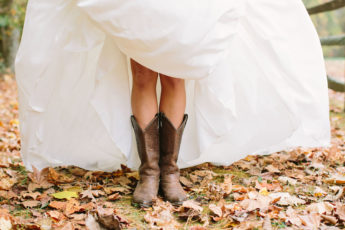