As many of you surely know, Laura Kim is one of Oscar de la Renta’s new creative directors along with Fernando Garcia, as they were appointed earlier this September after Peter Copping’s departure. Kim and Garcia also co-design and direct Monse, a red-carpet-approved label that is already one of the world’s leading emerging brands.

Before taking the helm at Oscar de la Renta, Kim and Garcia were appointed as Herrera’s consultants back in 2015, a position they left in July 2016. Before leaving Herrera, Francois Kress, Carolina Herrera’s CEO, offered Kim a salary of $1 million to become the label’s vice president of design, a position Kim refused.

With a collection for Oscar de la Renta set to debut in February, Laura Kim appeared serene and happy about her future at the fashion house, up until Carolina Herrera Ltd. suited ODLR and released the following press note.

“Carolina Herrera is pleased the court today granted a temporary restraining order that upholds the non-compete agreement we signed with our former senior designer. As the court ruled, the non-compete agreement was fair and plainly worded. At all times, Carolina Herrera was faithful to the letter and spirit of our agreement, and we will continue to ethically and forcefully protect our business interests. Our focus remains on continuing to introduce new collections that embody the spirit of timeless elegance and refinement for which Carolina Herrera is known.’

A few days ago, Kim’s attorney Neil Capobianco decided to release a few statements regarding Kim’s position and point of views, revealing that “nobody had informed Ms. Herrera that she was being transitioned out and that Ms. Herrera intended to run CH as if she were the creative director. According to my offer letter, I was supposed to be reporting to CH’s president and chief executive officer Francois Kress. However, I soon learned that Ms. Herrera frequently took charge, without objection from Mr. Kress. Indeed, in a ‘Fashionista’ article published February 26, 2016, Ms. Herrera is quoted as saying, ‘The creative director is myself. They [Laura and Fernando] are coming to join me.’

According to Laura Kim’s affidavit, we also just learnt that the conditions under which she worked at Carolina Herrera were “untenable and unworkable’, with Mr. Kress even informing her that “Carolina Herrera (the person) did not like our designs for the upcoming show [for spring 2016] and that she felt she could finish the collection in a way that was appropriate for her brand. In fact, Carolina Herrera said to me at that time: ‘Nobody knows you and nobody knows that you are here. I am more famous than you and have more powerful friends.”

While waiting for more news to be released regarding the lawsuit, we really hope things will calm down for both Carolina Herrera and Oscar de la Renta in 2017.

10 of the Most Unique Celebrity Wedding Dresses 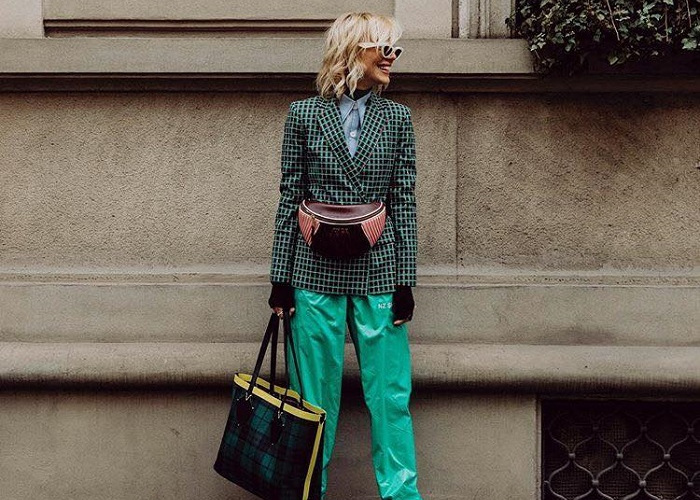 Plaid Craze: Involve This Chic Print in Your Spring Looks