Paris has always been a romantic city, but thanks to brands like Christian Dior and Alexander McQueen, the fashion week runway was more romantic than ever. There was a plethora of airy laces and sheer fabrics that walked the runway, which contributed to this overall feminine beauty. Models floated down the runway in their soft silhouettes, which will make a lovely contribution to spring streetwear in the next year.

When things strayed from femininity, it was in instances like this where the looks were sporty and well-tailored. One of the most striking moments of athleisure on the runway was in the Dior line, with garments mimicking fencing garb. Overall, this trend was more noticeable in the accessories, though.

We saw baseball caps from Chanel, in the standard house tweed no less, caps and bomber jackets configured in silk from Elie Saab, and a slew of leather ankle boots; all of these contributed to the structure on the runway that came in this luxe form of comfortable attire.

Balenciaga jumped head-on back into the ’80s, while Saint Laurent (headed by the new Anthony Vaccarello) took the time to look back at the beginning of the house’s history. This was a gateway style for many different spring 2017 fashion trends, especially sleeves and makeup in this season’s case.

Draping and spandex were reintroduced on the runway, as was a great deal of sequins! Draping wasn’t just a fabric manipulation this season, either, as draped blush was a trend in and of itself.

Blush draping was a huge topic of conversation after Paris Fashion Week for the spring 2017 season. This technique is all about using colors to enhance features of the wearer’s face, rather than contour’s use of highlighting colors.

This season, it was this cheek color that was the focal point of many runway shows (in regard to beauty), and some shows even used the blush up around the eyes, doubling its use and making for a uniform, smooth effect. In this way, designers were able to maximize ease of wearing, minimize potential for colors clashing on the runway, and exceed expectations for cheekbone highlighting on the catwalks.

Some of those who didn’t opt for the all-encompassing draping effect instead used bright blue and/or purple eyeshadow! This is definitely one of the more memorable styles from the ’80s, so it was a blatant throwback to that era, whereas the draping is a more subtle toss, since it was lesser remembered.

While there were a lot of aspects from the ’80s in the designs, brands compensated with the use of prints from different fashion eras, stemming back from as far as the ’50s and moving forward in time from there. The retro vibes were strong in fashion week already, and many designers (Chloé, Givenchy, and Miu Miu were the most clear-cut winners of this trend) jumped all in to reach a greater number of fashion decade lovers.

There was actually a wide spectrum of designers who opted to show change out the “black” in the little black dress for pink. In a variety of shades, the cute pieces were sweet, romantic, and flirty when they needed to be. This goes hand in hand with that idea of soft femininity, which is what appears to be the central theme of fashion month for spring 2017.

Designers using underwear as outerwear is nothing new to the fashion week stage, but in a few shows it was a particularly big deal ” Giambattista Valli and McQueen showed that old habits don’t always have to die hard.

In some instances, the lingerie pieces contributed to the soft femininity that was so popular, and other times it brought in a hard edge, thanks to fabrics like leather; in these instances, though, the silhouettes compensated for the harshness of the fabric, by keeping things feminine through the fit. Overall, this brought in some seduction and sensuality into the soft feminine environment.

We were taken aback by the mass amounts of structured tailoring that walked the runway in so many innovative ways. The arms were easily the most striking in this department, from the structured shoulders to the overall form of the sleeves. Many designers opted for full sleeves in their looks, many times which elevated the femininity; it added structure without disrupting the softness.

Paris Fashion Week opted for shoulder and sleeve structure more than the other fashion weeks; Balenciaga was one such house that showed how angles and sculpting could play well with femininity.

Asymmetry is always a great way to add intrigue to the runway, but this season designers took it into their hands to construct instances of split designs altogether; several designers made iterations of the same split coat. The fit, color, pattern, or any combination of those was different on either side; it made a statement on the runway and it will hopefully catch and be equally as stunning on the streets come spring next year.

Transparent garments are always a hot topic for debate after the fashion weeks trail off. They certainly have a striking runway presence, although for Instagram it may not be such an easygoing trend (the #FreetheNipple campaign is still in motion, after all).

Lanvin, for instance, sent down a series of sheer dresses, most notably a vibrant purple one that left quite literally nothing to the imagination, save for a pair of black boyshorts worn beneath. Sheer fabric is always rather refreshing on the runway, even in large quantities the light, breezy nature is a palate cleanser.

Handbag selections are going to be interesting for the spring 2017 season. On the runway we saw a variation between bags that were teeny and those that were extra-large. On a regular, everyday basis, neither option is especially practical, due to lack of space and the fact that they are cumbersome, respectively. Hermes‘s microbags are rather catching and easy to toss around your neck and go, though.

How To Look Sexy in a Suit 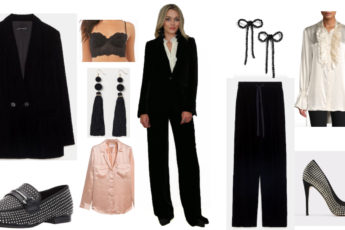 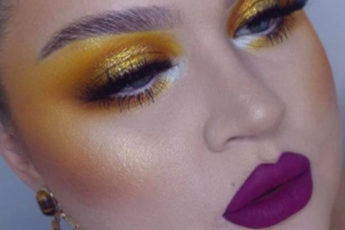