The Pirelli Calendar is keeping on breaking decades of tradition with another unconventional issue, which this time around sees international celebrities, such as Kate Winslet, Alicia Vikander, and Uma Thurman as the upcoming 2017 Pirelli Calendar‘s modeling stars. Although more than 4 months are separating us from the actual beginning of 2017, we already have a few sneak peek pictures of the new issue!

The Italian famed calendar already broke its longtime tradition of casting bombshell models only (usually it was a maximum of two per edition), giving preference to equally stunning ambassadors, yet seen through a different light. The 2016 Pirelli Calendar took photographer Annie Leibovitz to celebrate all the women’s accomplishments by lensing some of the world’s most renowned creative artists, athletes and activists, such as Patti Smith, Serena Williams and Amy Schumer.

In a similar way, the 2017 Pirelli Calendar focuses on an analogous theme, enhancing all of its ambassadors’ achievements with honest and natural portraits captured by Peter Lindbergh.

When asked about the calendar, iconic photographer Peter Lindbergh (this is his third partnership with Pirelli) told Vogue he wanted his 2017 lineup of models to be “a counter message to [the industry’s] fake beauty ideal.’ He also wanted to “gather all the big names of actresses who are not known to do bimbo movies, but are known to do sensible films‚Äö√Ñ√∂‚àö√ë‚àö√Ümost of them have got Oscars‚Äö√Ñ√∂‚àö√ë‚àö√Üand then let them be them.’

Famous for his cinematic and wholeheartedly elegant portraits, Peter Lindbergh seems to be the perfect choice for what appears to be Pirelli’s brand new philosophy and approach, as reflected in the sneak peeks too. From what we can see, Lindbergh is focusing on expressions, natural looks and emotional portraits, with the actresses posing against a black background that inevitably enhances both their beauties and introspective emotions.

“The one big difference between actresses and models is that models are fixed to the camera, and actresses never look at a camera if you don’t force them. [‚Äö√Ñ√∂‚àö√ë¬¨‚àÇ] That’s a fundamental difference. For this calendar, I wanted first to do it with the [original] supermodels who are all 45, 50 years old now, and they look amazingly beautiful. That was the first statement I wanted to do, to say ‘These women are 45, 50, and what’s wrong about it?’ No [extreme] retouching,’ continued Lindbergh in his interview with Vogue.

Aside from taking us into the lives of these amazing women, the 2017 Pirelli Calendar heads us to five different locations spread across the world: New York and Los Angeles (where many actresses were born), Le Touquet (France), Berlin and London. It is thus an intersectional and cosmopolitan calendar indeed, and we can’t wait to see the final product!

Zendaya To Drop Capsule with Boohoo

Bold Celebrity Makeup Looks You Should Dare To Try 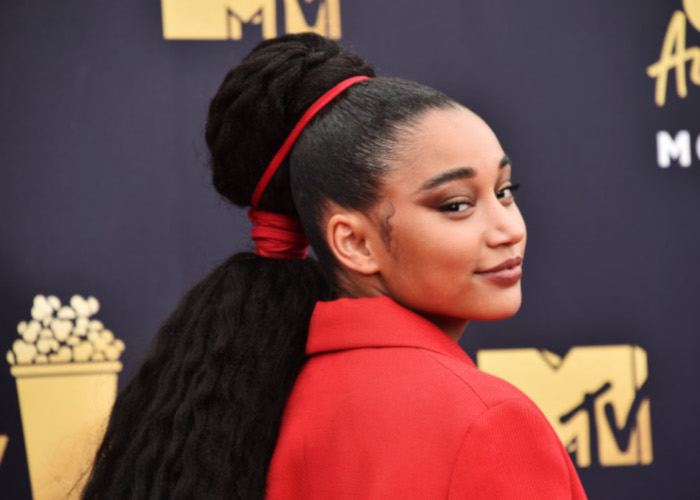 Natural Red Carpet Hairstyles That Got Us Obsessed