The limited edition MAC Star Trek fall 2016 makeup collection comes to commemorate the 50 years anniversary of the famous American science fiction series and here we can finally have a look at all the 25 pieces included in the line-up. Inspired by Star Trek’s powerful female figures, not only does the collection pay tribute to the iconic space show, but also preaches gender and race equality with the help of its space-inspired makeup products that will appeal both to women and men. Set to debut internationally on September 1, MAC‘s Star Trek capsule makeup collection will be available for purchase at MAC’s online store and beauty counters, as well as at Nordstrom, Bloomingdale’s and Macy’s.

Capitalizing on the captivating galaxy theme, the MAC Star Trek fall 2016 makeup collection comprises eyeliner, lipstick, eyeshadow and cheek products in lustrous metallic shades and pops of brights that will instantly bring stars to your eyes and complexion. The products come captured inside modern, minimal matte black packaging with Star Trek’s silver spaceship logo imprinted on all the cases.

Inspired by the space, MAC has developed an innovative formula of its famous pressed face powder, which aims at adding that galactic glow to your cheeks. This highlighting powder provides a sheer to semi-sheer coverage and blends in with your skin effortlessly, gifting it with an irresistible luminosity and shine.

All finished off with luscious shiny particles, these highly pigmented mono eyeshadows come in mercurial green, sparkling gold, copper and starry night sky-inspired blue that will help you create ultimately irresistible and cosmically beautiful eye makeup looks, perfect for date nights and nights out with friends.

Dramatize the galactic glow of your eye makeup drawing the perfect feline flick, using the night-inspired black, the sun-kissed gold or the moonlit silver eyeliner that’s also so easily to apply thanks to the super-thin applicator and the liquid texture.

Available in true black, this two-in-one mascara comes to either define or add volume to your lashes. It applies easily from root to tip, feeling lightweight and ultra-flexible thanks to its creamy and velvety formula. When you pull the wand through the small orifice, you will add dramatic definition to your lashes, while pulling it through the large orifice lets you embrace an added volume.

To look like one of those female characters from the famous sci-fi movie, you just need this pair of dramatic false eyelashes.

Our favorite MAC lipsticks get amplified with 4 new out-of-this-world cosmically beautiful colors, spiced up with an irresistible frost finish. All the four colors come in limited quantities, so you’d better hurry up to snap up your favorite shade.

To add a futuristic touch to your pout and make it more kissable, play with any of these glittering lip-glosses that can be worn alone or in combination with your favorite Star Trek lipstick.

For a complete galactic makeover, make sure you invest in any of these three glittering nail lacquers, all featuring a frost finish.

Last but not least, the MAC Star Trek fall 2016 makeup line also brings in two makeup brushes to make your makeup application a much more pleasant and easier process! 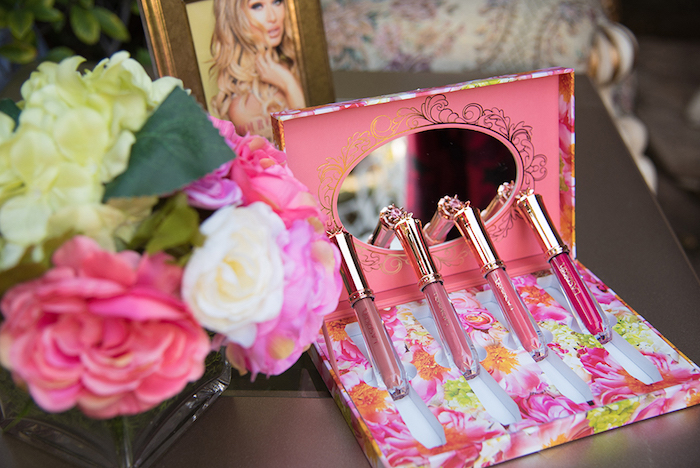