The Kenzo fashion brand has been quite the interesting line-up on practically every Fashion Week it has appeared on. The pieces are generally a little less feminine than most designers like to bring out, while the trends, although still including many of the not so popular ones, veer away from the conventional that all others steer towards. All that said it is clear that Kenzo has no intention of changing course now, still showing off some impeccably darling looks, but of a looser, more layered and less popular fashion. The Kenzo fall 2016 runway show opens with a skirt set that includes navy pieces tinged in black and white, layered and with a pretty good chunk cut out of the side of the leg. It takes the side slit ideal to a different level, additionally detailing the covered portion on top with the black lace. The boots are a strange match for the look though, appearing in yellow and black stripes, kind of like a tiger enjoying life.

Yellow and black appear on other footwear as well, actually, including some lovely pumps with low heels and matching handbags, the footwear appearing with the stripes in different fashions on each piece. Sometimes we see more yellow, sometimes more black; always we see pretty legs and from time to time some socks worn with it, spanning up to mid-calf. The stripes soon change to lilac and black with a tinge towards the pink, before switching to blues and pale purples.

The stripes are a major part of the Kenzo fall/winter 2016-2017 collection, appearing on everything from the boots to the pumps to the handbags and skirts, the dresses and voluminous sleeve shirts, the layers on top and what is worn underneath. We love the looks in general and seem to be transported to the 1980s from time to time, particularly when things get psychedelic with a pink and purple striped set of pants and tunic top that emphasizes the shoulders and breadth of the chest.

Think combination of feminine and masculine, as per Kenzo’s general aesthetics. Stripes appear on the pretty little short hemmed dresses and the sexy nightclub worthy ones, on jackets worn over dresses a size or two too large and on coats that appear to be made for a good sized man. We see compilations of stripes with plaid, the former split into different colored backgrounds, while the golden tiger pantsuits are certainly something to be reckoned with, showing off class and a tendency for the eccentric all at once. We will totally be investing in a pair of ankle cropped high waist golden tiger pants though‚Äö√Ñ√∂‚àö√ë¬¨‚àÇ there is no way we can walk by a Kenzo store and not pick one up.

Kenzo brings in colors, stripes and some sheer looks, combing through what is Victorian and what is eccentric and throwing it all together for a mash-up of some pretty cool creations. We have to give props to Carol Lim & Humberto Leon; the trends have been beautifully utilized. Then again, some of those pieces look like they belong to modern clowns! 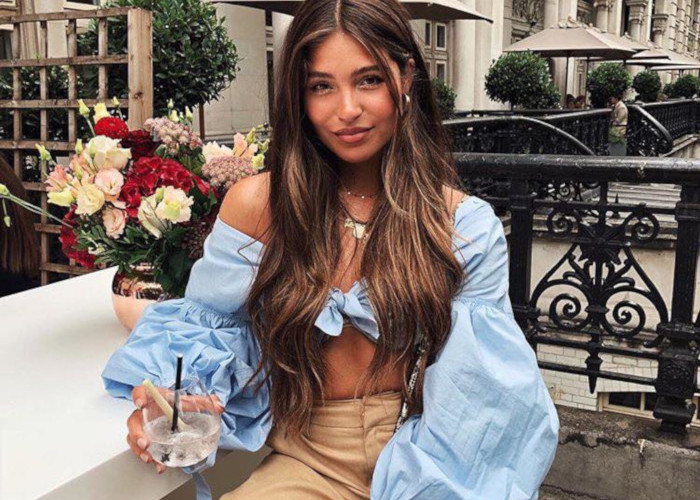 Puff Sleeves Are The Chicest Micro Trend on Instagram RN