Julien Dossena, Paco Rabanne‘s creative director, has just unveiled his newest fall/winter 2016-2017 ready-to-wear collection at Paris Fashion Week, adding his signature sci-fi style to most of his proposals. The Paco Rabane fall 2016 RTW lineup is, however, less dramatic in comparison with the ones unveiled by other labels, as Dossena’s visions on futurism are never apocalyptic. He likes to experiment with fashion, that’s true, but he prefers favoring a non-so-distant future, where people still have a choice on what to wear rather that a dystopian one.

Moreover, as Paco Rabanne himself used to do before him, Dossena enjoys experimenting with fabrics too, often employing the newest techniques to add uniqueness to most of his creations. For this fall/winter 2016 collection Dossena proposes some of his well-known hallmarks, leaving enough room within the collection to revisit his iconic glossy leather jackets and frocks, metal mesh tops and cardigans, and of course jeans, with hems becoming extremely visible, making the models look like fierce protagonists of an urban sci-fi comic.

Once again, Dossena managed to revive Paco Rabanne’s rebellious modernity and legacy as a futuristic label throughout his 33-piece lineup, focusing both on mannish figures and drop-waist feminine silhouettes. Although overtly androgynous in style, the Paco Rabanne fall 2016 collection presents some appealing futuristic versions of girly attire options as well, including pencil skirts, long creamy frocks and fluid printed trousers with frilled hems. Delicate detailing such as red turtlenecks and see-through shirts surely help the collection balance the mannish cuts, resulting in a more sensual attitude thanks to the total-black proposals composed of short crop-tops, pants and suit jackets.

As for the main color palette, Dossena focused on Paco Rabanne’s evergreen total-black looks, but also whites, rich grays (which give the collection some strong gymwear references) and bold bursts of colors, such as fire red and yellow. Likewise, Dossena’s prints also lack colors, as the collection mainly features black and white floral patterns and impressive almost 3D-looking illustrations of blooming cherry blossom trees (it’s kind of a relief to see that flowers still blossom in Dossena’s futuristic society).

The shoeline is definitely the feather in the collection’s cap, and while the designs may not be the first ones to leap out in, they definitely make a fashion statement (or at least are very intriguing to watch if they are not your style).

The Paco Rabanne sci-fi urban heroine has all she needs to survive during a long day spent working and then going out with her friends, as the collection literally covers everything one needs to look chic throughout the week. From athleisure-inspired pieces to mannish suits, from disco-party sequined dresses to powerful outerwear designs, the Paco Rabanne fall 2016 collection is more eclectic than ever, and although being definitely quirky and rebellious at heart, it does feature some extremely wearable proposals that amazed (and surely will keep on charming) most of its audience today.

What Haute Couture Fashion Means In the Modern World 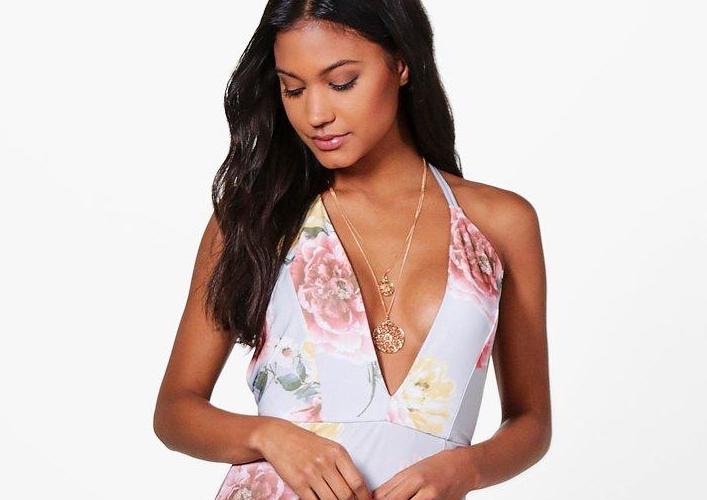 Couch Florals: How to Make this Runway Fall 2017 Trend Ready-to-Wear