What’s trendier than the Jenner sisters and the Seventies? Probably nothing at the moment, as Kendall & Kylie Jenner‘s latest collaboration with Pacsun hit online and bricks-and-mortar stores just a few hours ago, officially bringing back that history-changing decade. Presented yesterday, the Pacsun spring 2016 collection designed by the Jenner sisters is full of festival-ready and Seventies-inspired pieces, with plenty of cutouts, lace-up halters and A-line skirts that could make anyone nearly explode with joy. Of course, the lineup reinforces this year’s rompers trend too, adding suede fabrics and fringes here and there just to make sure the comeback of the Seventies could be rightfully celebrated.

There has been a lot of expectation around Pacsun’s 2016 spring collection since earlier this week, as the sisters couldn’t stop teasing us on Twitter and Instagram with pictures of the lineup’s best looks along with the caption “Spring Vibes’. Now that the countdown is finally over, get ready to be overwhelmed with a true Californian style!

Both the behind-the-scene video (shot by Spencer Byam-Taylor) and the actual photoshoot show how the Jenners feel at ease in front of the camera, and almost look like as if they were actually born during those long ten years. Besides the aforementioned details, the collection also features other 2016 hot trends, such as crochet bikini tops, dramatic bell or butterfly-sleeved tops and boho chic prints, which blissfully accentuate the lineup’s hippie allure (and are just in time for some pre-Coachella Valley Music shopping).

Among the many prints, paisley-themed items and floral multicolored items are the most popular ones, and often got combined with denim bell-bottom pants, A-line skirts and flared overalls. As for the colors used, burgundy, blush and beige really seem to have taken over the entire collection.

The collection also features some really hard-to-resist pieces, which will make even those who are firmly trying to fill their wardrobe with grunge-inspired pieces ahh and ohh. We are particularly talking about the suede scalloped-hem skirt in burgundy, the oversized cocoon pullover in grey and a scalloped-hem romper in black lace that are just too cute to handle. What’s even better is that the collection is pretty affordable too, with the prices ranging from $24.85 for a tee to $64.95 for a denim flare overall.

Less than a few months ago the Jenners launched their second capsule collection with Topshop, which was overall well received. It seems however the duo won’t keep on ‘only’ partnering with brands anymore, as the sisters are finally working on their very own big debut as fashion designers very soon. According to WWD, the long-teased Kendall + Kylie fashion line will launch on February 8 during the New York Fashion Week. To stay updated on the girls’ efforts, just check their Kendal + Kylie official Instagram page, where the sisters often pose wearing their unique designs.

Stylish Outerwear Substitutes for A Blazer 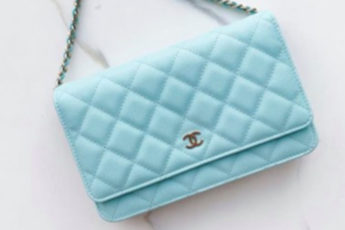 The Best Chanel Bags Of All Time