The Salvatore Ferragamo Signorina family is being rhythmically amplified. It is the February 2016 that will meet the new Salvatore Ferragamo Signorina Misteriosa perfume, the perfect period chosen to somehow mollify after-Christmas melancholy. The original Signorina Eau de Parfum launched in 2011 was all about sweet and frisky girls, which was later on in 2012 joined by the Signorina Eau de Toilette version. “The show must go on’, everybody was demanding ardently. Salvatore Ferragamo open-heartedly met all the demands of its clientele and Signorina Eleganza Eau de Parfum came into existence in 2014 embracing all elegant and conservative women. And now after two years, the Signorina Family needs some addition to make a reflection on mysterious and unpredictable women as well.

The Salvatore Ferragamo Signorina Misteriosa fragrance has been brought into being by perfumers Sophie Labbé and Nicolas Beaulieu, parenthetically the former being the leading role and the faithful participant in the creation of all the previous three Signorina versions. The face of the new Signorina Misteriosa fragrance has been chosen Grace Hartzel, a new generation American top model, who could best embody the mysterious air of the fragrance with her dark hair-blue eyes exotic beauty.

Luciano Bertinelli, CEO of Ferragamo Parfums, has recently stated about Grace that: “Perfectly embodies the new generation of young women, while expressing the values of the Ferragamo world. What is so striking is her expressiveness, versatility and ability to interpret different roles in a natural, elegant manner. This is an absolute innovation for the fragrance industry. Our goal is to address young and sophisticated women, in an ironic and contemporary way.”

This new fruity oriental scent will first flabbergast you with its top notes of blackberry and neroli, afterwards you will be transferred into a spring field full of orange blossoms and tuberose and finally you will find yourself overflowed with patchouli and black vanilla mousse. The bottle comes to be within the best traditions of Signorina Family: the scent is captured inside the same rectangular shape bottle only in this case with no transparent glass and no liquid showing. A black case is adorned with a round golden lid and the iconic Vara bow in black. Additionally, it will be available in Eau de Parfum.

It is rumored the Signorina Misteriosa to close the Signorina line but we strongly hope that when Luciano Bertinelli states that “women are multifaceted and polyhedral’, he literally means that and romantic, elegant and mysterious women are not yet the only three women types to have their signature scents.

The new fragrance to be launched in early February 2016 will, to all appearances, allow for preordering, the details of which will be revealed later by the Italian luxury house. 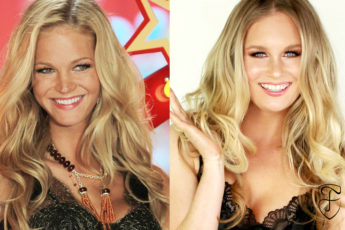