Celebrities Get Paid for Their Red Carpet Appearances

Can you imagine getting paid for something you would actually do for free? Honestly, who would not want to appear on the red carpet in a certain outfit that will make the media go crazy over you? Yet, it appears celebrities can be paid upwards of $100,000 for that very thing that you would wave your hands about for and do just about anything to be able to do yourself. Celebrities like Rihanna and Kim Kardashian are paid a whole lot of money, and we mean boatloads for merely sitting in the front row seats at a fashion show! While us little guys think that the celebs are truly into the fashion world and want to pick out their newest wardrobes, it appears we are being duped from all sides. The moment you rise to fame, it appears making money is as easy as simply making an appearance. Can you imagine? A celeb can make more by wearing a single piece of jewellery than you would make busting your back for. That is highly unfair.

We used to believe that celebrities bought the clothing they wore on the red carpets. Then we realized they must receive tons of gifts so that they can show off. We also found it hard to believe that they borrow some gowns for those major events, but now this just takes the cake. They are not only given the clothing to wear for free, but they are paid for it as well! I sure hope they have to return those awesome dresses by the end of the night because we can imagine how badly that celebrity endorsement can turn out if no one ends up buying the pieces anyhow.

Celebrities do not tell us they get paid for this, of course, but from the partnerships certain ladies like Charlize Theron have with certain designers, like Chopard really have us suspicious with squinting eyes. There were 11 celebrities at the Cannes Film Festival alone this year, who wore Chopard, including Julianne Moore. If what the speculations point towards are true, that would mean that Chopard alone spent millions of dollars in getting celebrities to wear and thus endorse the company products. We are certainly not sure if this was worth it in any way. How many millions of dollars will Chopard be receiving because of it? The numbers are rather absurd, but then so is the idea of paying someone to wear your pieces when you can come up with a load of other ways to get them to show off your pieces.

The pay-to-wear celeb trend is known as the worst kept secret in Hollywood, hailed as such during the 2014 Oscar season last year. Cate Blanchett is one of the biggest celebrities known to take on this trend as designers flock to her like bees to honey. She is gorgeous, but more than that, she is a fashion risk take and that means she will be willing to try on new types of garments and parade them out to the masses.

Us Weekly stated in 2011 that Anne Hathaway was paid a whopping $750,000 by Tiffany & Co for wearing some of its baubles to some big events like the Oscars. That is mind boggling to say the least since the average individual anywhere in the world can barely bring home 1/10th of that amount. Gwyneth Paltrow wore Louis Vuitton for a $500,000 fee. Of course, all of these claims come from insiders and the official representatives for all parties heavily deny the paid endorsements, or at least call the payment amounts incorrect. Now, we have to wonder what the truth really is underneath it all, but it is no secret that celebrities are paid the big bucks to show off designer items, no matter how that may come to be.

This phenomenon might also explain away the fact that lesser known actors and actresses who surely make a really good amount of money as well are rarely seen in the top fashion house pieces, particularly from the latest runway shows, as has been the case with Sienna Miller, Julianne Moore, Charlize Theron, etc. They might or might not be paid for the publicity, but even if they are, it would be a heck of a lot less than half a million dollars to sport a few pieces of jewellery. It really pays to be a famous actress these days, in more ways than one! There are, of course, also stars, who refuse to follow this trend and style themselves instead, including Blake Lively and Diane Kruger. Honestly, it often turns out that they look even better than the Dior or Chanel or Burberry creations some of the A-lists have little say in wearing.

“When it comes to major award shows like the Oscars, the most notable, ready-to-wear, and couture designers have their sights set on dressing presenters, nominees, and A-list actresses. Sometimes they may only want to dress one actress that they have their heart set on,” states celebrity stylist Lindsay Albanese. Normally, the choice of star to dress is one of the nominees of the night who is sure to receive an enormous amount of media attention for her works. Since everyone in Hollywood gets ahead because of networking and contacts, it is very important for the up-and-coming designers to focus on developing relationships with the ladies of the A-list, though currying favours from the B-list also comes in handy in the long run when she makes it big herself in the music or film industry. It is actually a humbling experience for some designers who wait until those limo doors open before discovering just who is wearing their creations. It is a whole lot more fun that way!

At the end of the day, though, we all would love to be paid for doing something we would have done for free.

Kris Jenner is Getting Her Own Makeup Collection With Kylie Cosmetics 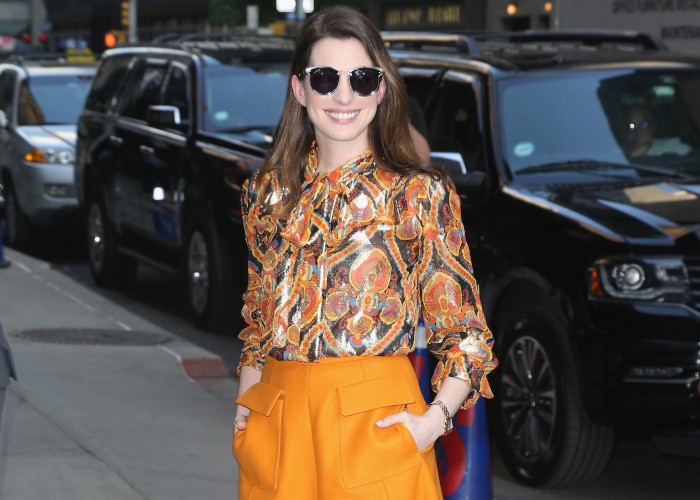