Reese Witherspoon is launching her own fashion line! This is probably news to really squeal about. Reese Witherspoon has always been known for her grand red carpet looks and her impeccable sense of style. She has been quite the nifty model for many a designer creation, from haute couture to the best in the ready to wear designs that suit her very well, good looks and all. Reese Witherspoon has long been a favourite actress and member of the Hollywood cast that has won our hearts time and again with her heartwarming roles in multiple flicks over the years. She doesn’t seem to have aged at all as well, instead looking as slim, youthful and beautiful as ever. Seeing her launching her own fashion line, called Draper James, is quite exciting for us, even if not every soul in the fashion industry is as gleeful about the prospect. On the contrary, many are downright sceptical. We do not have that problem, however, and will definitely be telling people to hold off on rolling their eyes until they actually see what this latest foray into the world of fashion designing is all about.

Draper James is a southern inspired sportswear and lifestyle label that was newly launched on Tuesday, but a few days ago, in order to show off her latest venture in a line she is majority shareholder in. She is everything Southern that appeals to the senses and her new collections will surely be perfectly reflective of her own youthful personality, the charm of the rednecks really settling in. “One of our tenets is ‘unapologetically pretty.’ Like, what’s wrong with being pretty? That went out the window a long time ago,’ the gorgeous actress herself has said with a laugh. “In the South, there’s a lot of color, prints, tradition, traditional fabrics like gingham, plaids, stripes. There’s also definitely a feeling that what you wear makes you feel better, especially if you’re wearing color, prints or joyful things.’

We have to applaud Witherspoon on her loyalty to the South as well as she has ensured that 40% of the collection is actually made in Southern cities. They originally started with hiring only Southerners as well, but that changed soon enough. We can imagine the stance Reese takes on all this as well, paying close attention to details and with an uncompromising attitude when it comes to something she firmly believes in. Her response to being told she doesn’t like to compromise? “I don’t. And when things came back and they weren’t good enough, I was like, ‘Not good enough. Not good enough,” Witherspoon says knowingly. “It’s a big deal that my name is on something. It’s not just my name. It’s my grandparents’ name, which is a big, big deal. And you know I feel very emotional about it.’

We do wish her the best of luck and definitely look forwards to travelling to the South of the United States to get our hands on the locally made products that are expected to inspire a sense of nationalism among the people buying and wearing the Draper James label. It is certainly a source of pride and we cannot imagine a world without that awesome fit-and-flare floral dress design that will definitely become a bestseller, not the medium-priced totes, shorts, sportswear, handbags, jewellery, home décor and even pencils that sell for $14. From what we gather, the collection can cost you anywhere from around $10 for the smallest items to $400 for something like a sterling silver magnolia shaped bowl.

Per year, it is expected to see about 5 Draper James collections. There are rumours flying about a hotel being opened as well, but nothing is confirmed on that front. On the other hand, a 3,000 square foot store will be opening up in the fall and it is meant to mirror Witherspoon’s own home, bringing in touches of her Southern upbringing, while modernizing the feel as a whole. At the moment, 70% of the Draper James line is fully made in the United States, even if it is all over the country and not just in the South. Soon, it is expected to have everything done in the US instead of outsourcing anything. What we love most about all of this is that we know how committed the famous actress will be, just as she is committed to her films and her acting in them, while lately she has also ventured into production. In her own words, “I have to be involved. I just can’t not be involved. The idea of turning something over to a group of people who don’t know where I’m from and who don’t understand that the picture of my grandmother is important and to get it back to me‚Äö√Ñ√∂‚àö√ë¬¨‚àÇOr that my charm bracelets are from 1960, it’s very, very important to me. There’s a heart and soul to things. Otherwise, what’s the point? My heart and soul is in how I feel about the South. It’s what inspires me. It’s what makes me want to go back home.’

We know that our lovely lady star will be successful in her newest project and her goals for changing the sexist image one conjures when thinking of Southern belles will come to fruition. After all, what better way to see the world than through the nostalgic memories of days with your grandmother brought into the steady light of the modern world? We will always think of Reese Witherspoon as the fashion designer who came home in the “Sweet Home Alabama’ movie filmed 13 years ago, a box office hit that most all know about to this day. She will always be the sweet, charming, strong female who can get anything she wants to do done. As such, we know for a fact that her line-ups will have something for every women of every age, of every ethnicity. She will most definitely have us all feeling that much prettier wearing her lovely Draper James collector items. Between the A-line skirts and the floral prints, the bright colors and the silky matching sets, the denim shorts and the signature polka dots, there is no way a women can feel anything but beautiful in her own skin. We await the collection’s release!

Winona Ryder is The New Face of Marc Jacobs Beauty 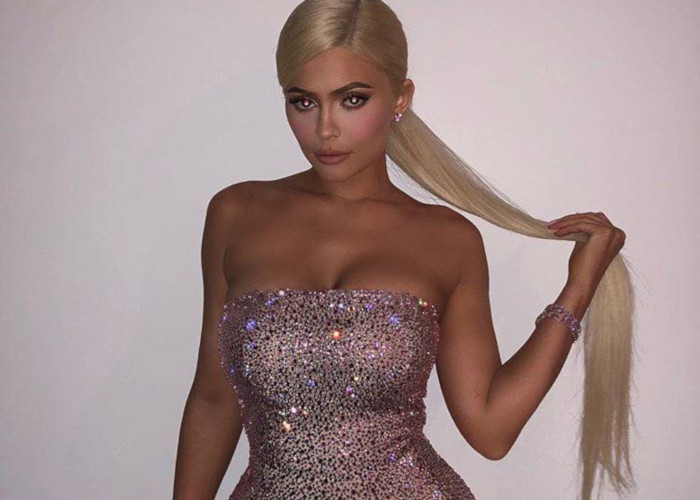