Korean girls and Asians in general have very different beauty standards, and the famous Korean contouring is something every Korean girl knows how to do professionally. While Kim Kardashian may be the queen of contouring in Hollywood at the moment, the Asian bone structure doesn’t take well to her chiselled perfection, as it looks highly unnatural with their facial features. In general, Kim’s looks are a little too fierce for most of us, which is why the Korean contouring tips and tricks might be a better option for us all, overall. Hey, you might even break out into a Gangnam Style dance while you’re at it.

Whereas the average American hopes to have a bit more of a chiselled feature, those from the East prefer a V-shaped face. A Korean, who is complimented on her adorable little oval face with the perfect chin, is often the happiest woman in the world, since that is tantamount to speaking praises about her gorgeous eyes.

While Western gestures bring the focus to the top of the face or the waist (pointing out how thin it is), an Asian’s gestures generally are the opposite, strategically placed along the jawline to create the perfect illusion: the smaller face. This need to show off those smaller features is apparent in how objects are held up against the side of the face to emphasize the scale.

While some women opt to go to extremes and hack at their jawbones in order to achieve that pointed chin look, others are not quite so drastic and prefer to contour with professional skills. While this form of face-sculpting exists around the world and has won the hearts of many a woman, for Koreans, it is certainly beyond mere makeup artistry, it is an essential part of their daily lives.

The Basics of Korean Contouring

We use contouring makeup often enough, but what you really need to do first is understand how the features on the face relate to one another, how the shadows and lighting work in perfect harmony and only then can we decide on how to accentuate the bone structure but also shrink the face by minimizing the outer perimeter.

It’s almost like a hoodie, where it’s large and wide and then you pull the drawstrings and somehow now it’s narrow and tight. It’s all about working the highlights and the shadows in the right places, bringing the focus to the center of the face while leaving the edges out of the picture.

It’s subtle effects all in all, but they work together to create a rather miraculous change in facial structure.

Before you begin with the shadows and highlights and the designing of the features, you need to begin with the skin on the area you will be working on, thus requiring some facial oil. This way you make sure the base is moisturized well, with the sheen catching the light and making the highlighting all the easier because it shines over the features you want to showcase moreso.

Your face may look a little too shiny because of this moisturizing trick, but you will be happy with the final results once that step is reached. Korean moisturizers are perfect for this as they are made to create the perfect foundation on which to build the contouring artistry so diligently.

Anything you add on top of this glorious face glitter (so to speak) will glide on beautifully, making your life all that much easier.

As a Korean woman, you pride yourself on milky white skin, as that is a sign of wealth and health in the Asian culture. Tanning is not something top Korean celebrities indulge in, which is why your typical bronzer won’t be of much help.

Korean idols are fair, so if you are going to be contouring like they do, you’re going to have to stick to Korean made bronzers, as they focus on the whitening and the brightening of the skin instead of the darkening and creating shadows. This is why the Kim Kardashian or Angelina Jolie looks don’t go well with this culture.

The Korean bronzer versions are much lighter in color, have less pigmentation and go on very sheer. Instead of the American dark brown, matte products with gold shimmers for warmth, the Korean version is a light brown matte one, which goes on sheer and almost transparent.

It’s the subtle, which makes the difference here and not the wildly exotic that Hollywood desires.

See also: How To Contour Right

You’re going to want to bring the light reflection mostly to the center. This is where the use of either your finger, a highlighter stick, or a flat brush dipped in luminizer will come in handy as you bring the brightening product to above the widow’s peak at the center of your forehead and move in a downwards fashion over the ridge of the nose, down into the cupid’s bow of the lips and then over the point of the chin.

At this point it should appear like a paintbrush was run through the center of the face like iridescent war paint, but only hit the areas that were sticking out from the rest of the region. A highlighter that includes jojoba and argan oils is always recommended as it has active moisturizing ingredients in there.

The whole job here can be blended in using a sponge tip, ensuring there are no streaks left behind. You should also use the same highlighting product to make two triangles on your cheeks, under the eyes and almost to the nose. This way you get the top of the cheekbones, but because it’s a triangle, it looks much better and captures the light more.

Too many people forget that the most important part of applying any form of makeup is blending it in so that it looks subtle and natural, instead of sticking out vividly, like a clown’s facial coloring. Using a foundation brush, take some cream and blend it in with all the highlighted areas, toning down the shimmer without hurting its reflective abilities.

Do not go outside the inner circle of the face as this is considered the halo area and the only part that should be capturing focus. The outside is for shadows, while the inner circle is the way you thin out the features.

Use creams that will fade into your skin color instead of adding a hue of their own. This way, no matter what color it looks like when initially applied, at the end it will appear to be a part of your own skin.

In order to smooth it out and blend the inner halo with the outer circle, use a foundation that is two shades darker than your own skin tone in order to shade in the outer areas of the halo, including the sides of the cheeks and the forehead, as well as the jawline. This leaves no trace of squareness as you are going for a pointier chin look.

You shouldn’t be hollowing out the bones on the face when going for Korean contouring. Unlike Western styles for this, Koreans prefer a smoother look and too much shadow on the face looks like they are prematurely aging. Beauty has different standards in different cultures.

So many of Asian noses are on the flatter side, sometimes longer and sometimes shorter, but greatly lacking in enough dimension to look as beautiful as they would wish to be. As such, the eye sockets and bridge of the nose become the perfect spots for adding contouring definition, with a higher nose illusion creating a better dimension.

If you decide to use a creamy brown shadow, use your fingers to smooth it in place, while pressed brown shadow should be applied with a fluffy blending brush; draw a curved line from under the inner tip of the brow and down the side of the nose, creating an r shape on each side before blending into the skin.

These shadow colors can also be used on the lids to pack double the punch if you plan on creating a full made up look. Furthermore, a touch of blush adds some color as well as dimension, though you shouldn’t apply it on the apples of smiling cheeks.

Instead, in order not to ruin the whole subtle contouring effect, you should concentrate on the inner cheekbones and blend in the color that in itself is as soft and natural-looking as possible. You want a subtle bloom of color and not a red circle that is a beacon sending out a message that your features are less than real.

You may want to go for the dewy Korean look or stay more on the matte side. That one is your own decision. The idea is that you want to whittle down the face so much so that a sound look is not more of a heart-shape. You should change things around to suit your own needs though as each individual has vastly different feature combinations.

If you have a long nose, you can taper it down with shadow at the dip, but if it’s wider, bronzer on the side should achieve the narrower look. Bronzer or darker foundation should be applied to the sides of the face, wherein the halo doesn’t exist and fully blended in for maximal effect. 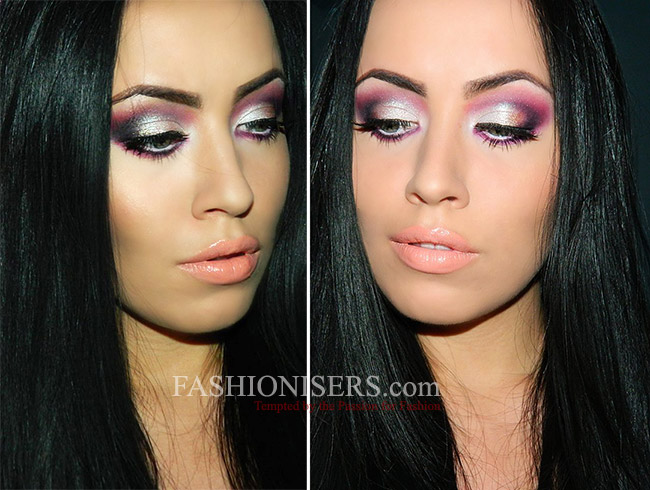 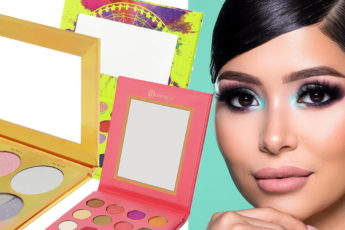 What You Should Have In Your Beach Bag