It was back in August when Valentino announced the opening of a new flagship store on New York’s Fifth Avenue, the luxury brand’s largest global flagship store ever with a 20,000 square foot space, three floors and a breathtaking 27-foot-high atrium. Wednesday night creative designers of the house, Maria Grazia Chiuri and Pierpaolo Piccioli presented their first-ever Valentino show in New York to celebrate the store. Obviously inspired from Valentino Garavani’s 1962 Sala Bianca collection and titled Valentino Sala Bianca 945, the Valentino Couture collection for New York was showcased at the former Whitney Museum of Art, at the Breuer building 945 Madison and it came drenched in a snowy all-white color. Obviously, the designers wanted to show the brand’s core to New York, and it had to be couture, since Valentino is couture at heart. “White as a non color or as the sum of all colors’ the collection unveiled 47 divine and ethereal looks that made one plunge into a beautiful winter tale.

White is a pure and innocent color, but it’s also difficult to work with, since you should be 100% perfect, otherwise it may be a real “disaster’ as Valentino himself noted backstage. He apparently loved the great work done by the current designer duo of the fashion house as he called it an “exceptional’ collection. It was exceptional, like almost any other collection we see from Valentino and it just couldn’t be otherwise, since we are so used to the immaculate workmanship of Valentino. On each and every design presented, whether it was something made of organza, cashmere, crocodile, leather or pony skin, we saw a completely new aspect of white, looking modern, crisp and just so picture-perfect.

In terms of beauty, it looked like a party of minimalist ponytails and nude makeup with a touch of shimmer placed on the cheeks of the models. The hair was center-parted, sleek and was gathered into long low ponytails and it all matched the entire scene so ideally. If every flagship store opening of Valentino could be so charming, we wish they had such stores in every single city on this big planet! 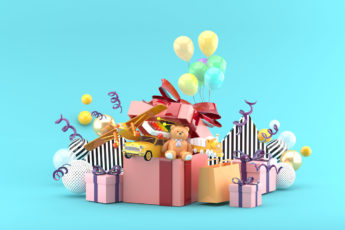 6 Super Cool and Affordable Gifts for this Season