We all love the classic beautiful ponytail hairstyles. They’ve got a certain charm to them, are easy to pull off and you can wear a ponytail in a variety of ways. It appears that for the spring and summer 2015 shows, the runways have been full of trendy ponytails, either with a center or a side part, just as popular with the designers as the 2015 boho wavy hairstyles rocking this coming year’s catwalks. Which of these spring/ summer 2015 trendy ponytail hairstyles would you pick for yourself?

This is a chic and simple design using a low ponytail from a sleek center part on straight hair, accompanied with a matte lip stain fading from the center out.

High ponytails were all the rage at the Vionnet runway show, pulled back in a sleek straight design, while the face was left bare for the most part; simply a breath of fresh air.

Athletic looks stood out at the Damir Dama show with sleek, wet ponytails and faces clear of most makeup other than strategic highlights to bring out the natural features of the models.

4. Hood by Air High Ponytail With a Headband

It seems a little on the strange side but this unconventional look is perfectly in line with what’s expected to be seen over the next year. This includes bleached lashes, high ponytails and colored lenses.

Some designers like mixing modern with vintage styles, like this retro wave ponytail at the Tsumori Chisato show where the model also had vibrant eggplant shadow boldly coloring her eyes.

Bubble ponytails are fun and this spring it appears that they are very much in style. Athletic looks with models sporting semi-wet ponytails alongside their dewy looks that remind us of ourselves after having been playing tennis for a while are all the rage right now.

Something looks rather futuristic about this look. We have already seen the dewy, semi-wet or wet looks as very much part of the runways during the spring and summer seasons, but the little retro backcomb on the crown is rather interesting, particularly when the rest of the hair is in a deep side part and slicked back into a straight ponytail starting from ear length.

Stunning and sleek, the beautiful professional styles are pulled back in a mid-height ponytail with the elastic bands hidden under a strand of the lovely mane wrapped tightly around the base. This is a sexy style that looks amazing with drop earrings and brings out the features of the woman wearing it.

If you want to add character to a messy long ponytail, use two black thin elastic bands. First, pull back the hair at the crown, giving it a shape, such as a triangle or a square, and tie that before gathering the rest and securing with a second elastic band. Leave a few strands framing the face while it’s not necessary to slick back the baby hairs and slight frizz at the crown either. The added texture makes for a perfectly casual but uniquely creative style. Another interesting style seen on Giles was the low ponytail with the V-shaped parting at the crown, the looser sides and gorgeous eyeshadow effects on the face.

Gucci had models appearing with long, straight but slightly textured hairstyles that sported low ponytails in white elastic bands to blend with the hair colors of the models. This is perfectly casual, not needing a full brushing and keeps the hair out of the eyes so as to show off one’s features better. The line also included darker looks with radiant glows to the skin and eyes lined with shades of chocolate, taupe and gold. Furthermore, the ponytails seen at this point were pulled back by hand instead of a brush in an effort to add a bit of natural texture to the look.

A sleek ponytail tied with a thicker black elastic band on the same height as the ears is a great way to walk out that door looking prepared to face the world. You look organized, put-together and perfectly beautiful; though you might want to make sure your crown is full enough to take on this look.

If you thought ponytails couldn’t be styled up when tied low at the nape, you really thought wrong. At the Stella McCartney show, we saw some gorgeous low long ponytails that were styled with perfectly crimped tresses. Starting from the roots, random bits of hair were crimped at different heights to achieve this lovely effect. Other models had a few long strands crimped from root to end to liven up the tails.

Slightly off center or side-parts, low ponytails and added volume were staples with Jason Wu. The makeup kept to a bare minimum, the focus was on the eyes as well as the lovely hair that had been pulled back in a textured simple design. The ends can be flipped in and out to add character to the look, while leaving the hair loose a little before the tie adds overall volume despite the lack of it at the crown. Soft waves add to the clean and lush feel of things.

Straight long hair in a blunt cut, with a deep side part and a strand wrapped around the elastic band holding together the low ponytail makes for a lovely hairstyle, no matter the season. Add funky drop earrings to the mix and you are ready to go. Highlights and lowlights in the hair are always a good plus if they match your natural color and add depth to the overall look.

Think Cleopatra and Egyptian Pharaoh Queens with this look as you have segmented ponytails with a color differed, pulled back in a sleek look that poofs at the base and then drops strain in a blunt cut. Perfectly defined cat eyes also add to the allure of the look that we may actually not see off the red carpet but that which no less intrigues us.

16. Pamella Roland Ponytail With a Scrunchie

It appears that the simple elastic bands have been replaced with the ’70s and ’80s style scrunchies, which are by far less strenuous on the hair strands but also more noticeable. Adding a touch of dusty pink to the look, it appears that Pamella Roland has matched eyeshadow colors to hair scrunchies colors.

The hair texture of a straightened curly mane is perfect and Giambatta Valli maximized the allure of the center-parted long ponytail by also adding a radiance to the skin of his models, with glossy sheens on lips and highlights on cheekbones and lids. It’s simply too lovely and the pulled back hair brings out the natural beauty of one’s features. The low ponytails on this runway were styled in a way that looked like the models just stepped out of bed as well.

Pretty hair snips around the faces of models to create flyaway baby hairs were seen on Prada, which makes us feel so much better about our little strands framing our faces as well. We can mist them the same way and have them stick to skin, while the rest of the hair can be tied in a low ponytail and coated with a touch of oil for a greasier finish. Second and third day hair appears to be in style so no need to shampoo as constantly these days.

Gorgeous thick blue liner on eyes with thickly coated long black lashes look perfect with the hair pulled back in a low ponytail with lots of loose layers falling around the face. The flyaway pieces of hair can be left just so and need no smoothing out as Fendi’s models rock the simple yet elegant look on stage. During the show, the ponytail hairstyle was also finished off with a lotus hair accessory fitted with a crocodile tail design hanging over the hair.

A ponytail can also have braids and this one is no exception. Woven in with extensions, Donna Karan models sported fiercely attractive chunky, rope-like ponytails fastened by an elastic band. This look is purely Lara Croft for us and certain the low start and the long look leave us mesmerized as we follow each woven link down.

Think sleek leading into natural waves when it comes to Alexander Wang’s ponytails! The sporty looks were complimented with gelled roots for a more streamlined effect, while the hair was fully pulled back from the face. Of course, if you are going sporty on the hair, you need to glam up the makeup and that’s where the clever contouring and metallic shadows on the eyes come in.

The sporty look continued with Prabal Gurung, wherein the minimal makeup was really brought out by having the hair pulled back into a low, wavy ponytail, the long lengths looking fantastic on the runway. 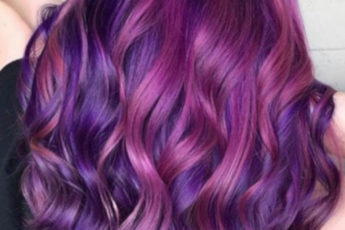 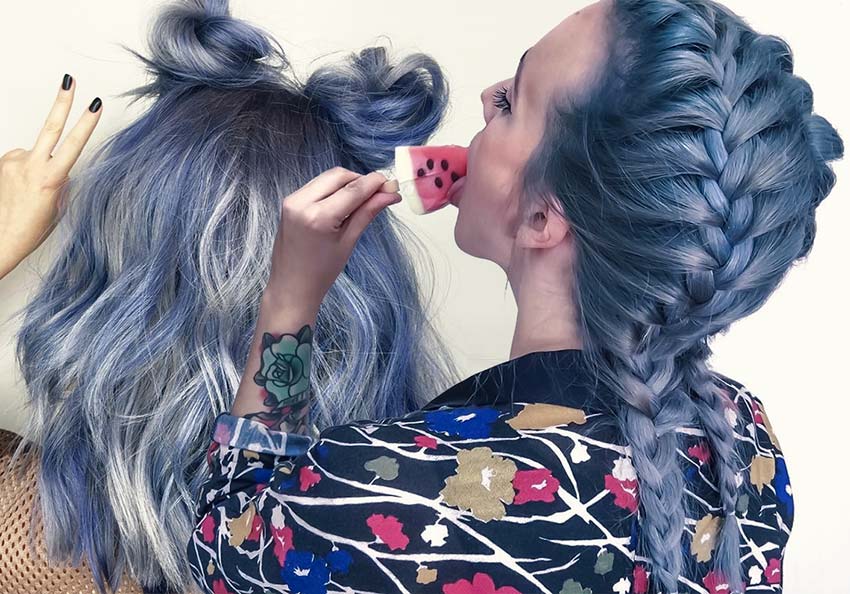 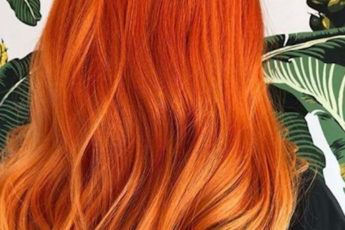