Like the MTV VMA 2014 red carpet fashion, the beauty looks celebrities presented at the event were pretty diverse and glamorous, ranging from minimalist and polished styles to looks featuring more complex details. Whether you are looking for new creative hair styling ideas or are a big makeup fan, these MTV VMA 2014 best celebrity hairstyles and makeup looks have impressive options to get you hooked on. So browse through some of the best beauty moments of the VMAs and find your dose of inspiration to look as glam as our favorite celebrities do!

As usual, less is more and many celebrities supported this idea going for loose long hairstyles styled either in the sleek and straight form or with some wavy and curly finishes. One of the most gorgeous looks of this group was presented by Jennifer Lopez, who left her blonde long tresses straight and loose, incorporating a center part into her look. Her minimalist makeup featuring smokey eyes and nude lips perfectly matched her hairdo!

Gorgeous Beyoncé presented her option of this beauty trend, again going for center part loose hair, only styling it into tousled curls for a bigger impact. Her makeup was also minimalist featuring nude sparkling lips and slightly golden peepers.

Kim Kardashian’s iconic beachy waves just dazzled everyone around! Her effortless wavy black hair was also loose and deeply center parted and this ‘do was perfectly harmonized with the tanned-skin makeup style she sported.

Chloe Grace Moretz is the next cutie pie, who stuck to this minimalist beauty trend, styling her hair like Kim Kardashian. Her medium-length blonde beachy waves were middle parted, while her makeup was super-simplistic with a delicate focus on her smokey eyes.

When it comes to Kesha, we get dazzled by her pastel rainbow hair, which she styled the same effortless way. Her minimalist, yet vibrant hairdo was paired with an absolutely minimalist makeup with no lip and eyeshadow colors spoiling her natural beauty!

Those having short hairstyles can also find cool options among the MTV VMA 2014 best celebrity hairstyles. Among them we should single out the romantic look of Taylor Swift, who made an appearance wearing an effortless teased and tousled bob with straight bangs featuring lots of texture. She perfected her look wearing her iconic sweet makeup style, composed of berry lips, flushed cheeks and lined eyes.

Keltie Knight’s side-sectioned tousled bob was a real love, reflecting the same effortless and romantic vibes we saw in most of the other looks. The delicate pink lips and metallic eye makeup only enhanced the femininity and sophistication in her look.

Surprisingly Miley Cyrus was polished and humble this time, and this refers to her makeup and hair choices too. Her blonde pixie hair was straight and chic, while her makeup was as minimalist, featuring nude lips and a neutral eye makeup with the focus put on the lashes.

Demi Lovato’s side-swept undercut hairstyle is just another cool way of styling short hair. She accentuated the edginess and the bold attitude in her look wearing red lips and a neutral metallic eye makeup with accentuated eyelashes.

Other Glam Ways to Style Long and Medium-Length Hair

As you see, there was almost no room for glam updos at these MTV VMAs, as everyone with short or long hair gave preference to loose and effortless ‘dos. Slightly more glamorous was the look of Greer Grammer, who styled her blonde hair into side-parted vintage locks for radiating pure romanticism. Her makeup was also minimalist with the focus placed on the eyes.

Rita Ora stood out in the crowd with her slicked-back blonde hair, which looked so in line with her dress and makeup. Her makeup was also bold with the focus placed on the red lips and the super-long eyelashes.

As usual, Gwen Stefani showed her unique side, when it comes to creative hair styling options. She left her blonde hair loose and effortless, side parting it and styling the front part of the hair into a small top knot. Her hot pink pucker and smokey eyes looked so harmonious with her pink and black outfit!

The big diversity of the MTV VMA 2014 best celebrity hairstyles and makeup looks certainly has that ideal style for your own face shape and personal taste. So just give your fave option a try and party in style! 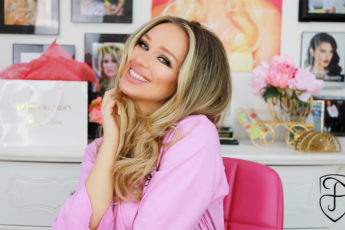 How to Give Yourself Classic Glam Hair by Katarina Van Derham 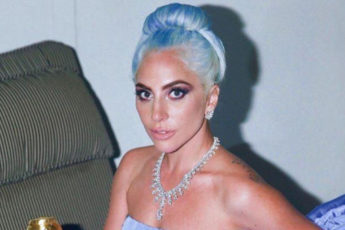 The Pastel Hair Trend is Taking Over Celebrities in 2019