Supermodels Who Want To Be Something More

Almost every teenager dreams of becoming a famous top model and walking on the famous catwalks in the world, especially if she has a little interest in fashion and the picture-perfect body with leggy legs and slim silhouettes. No one of those girls actually knows what’s it really like to be a model. Although they always are well-dressed and perfectly groomed, although they spend their time with celebrities and world-famous fashion designers, supermodels actually have to work really hard to become famous and to get spotted by famous brands. Despite the fact that these women get paid millions of dollars yearly for featuring in glam photoshoots and wearing designer clothes, which seems to be the easiest and most pleasant job ever on earth, there are supermodels who don’t want to be models any more and who suffer from “model denial’. For some supermodels there is life beyond all those campaigns and fashion shows and today we want to discuss some of the hottest models’ lives in the world, who strive to change their profession and stop being called models!

Miranda Kerr isn’t a supermodel! It’s not us telling you this, but the Aussie beauty herself, who has multiple times denied being a model. “If someone asks me what I do, I say, ‘I have my own skin care line (a.k.a. KORA Organics).’ I don’t define myself as a model,’ the ex Victoria’s Secret Angel declared once in an interview with Net-a-Porter’s The Edit.
Another supermodel, who doesn’t want to be a model is Karlie Kloss, who is so famous for her perfect gait and without who no important fashion show takes place. The American beauty once told Into the Gloss: “I’ve never considered modeling an actual job title. I have yet to determine what my job actually is‚Äö√Ñ√∂‚àö√ë¬¨‚àÇ’ Kloss already has done a number of interesting collaborations, thus establishing Karley’s Kookies in cooperation with New York City bakery Momofuku Milk Bar, as well as has launched an eyewear line with Warby Parker. She is now taking classes at Harvard Business School, and no one can tell whether it wasn’t her fame as a supermodel and her profitable salary that have helped her start doing what she want and likes now.
Karlie and Miranda aren’t alone, when it comes to “model denial’, since uber-successful and popular Cara Delevingne also doesn’t consider modeling a career and strives to become an actress and establish an independent music label. She has already managed to appear in such famous movies, as “Anna Karenina’, “The Face of an Angel’ and “London Fields’. Although she is slowly fulfilling her dreams, leaving the fashion world now seems to be something impossible, since she is one of the most wanted supermodels in the world nowadays.
The desire to be something more than an ordinary supermodel has been actual since the ’80s and ’90s, when many famous ladies managed to establish their own business while still modeling. It’s actually something natural, as hardly anyone would stop there if she had so many chances of combining the fashion career with acting, designing or any other business type. Thus, Cindy Crawford has a furniture line, Rosie Huntington-Whiteley is an actress, Gisele B‚Äö√†√∂¬¨‚à´ndchen has a lingerie line, some make the first step in singing, while others launch designer collections in collaborations with famous brands.

Well, no wonder, being a model requires lots of dedications nowadays, especially when there are millions of well-groomed and beautiful women with slender bodies, who have pretty high chances of becoming models too. This is the reason why supermodels are required to train a lot with personal trainers, to attend beauty salons, to take care of their beautiful and healthy skin, hair, and of course to keep their weight in order to secure their top positions in the fashion industry. Although all those required Brazilian bikini waxes and urgent night calls can be tiring sometimes, let’s agree that there hardly exists any job or profession, which doesn’t require time, dedication, lots of struggle and sacrifice. In this respect, we still stick to the idea that being a bony model with a pretty face is perhaps the easiest and most awesome way of earning millions of dollars, while always looking in shape and being dressed in the best designer clothing pieces ever!

Top Celebrity Fashion Blogs To Get Hooked On 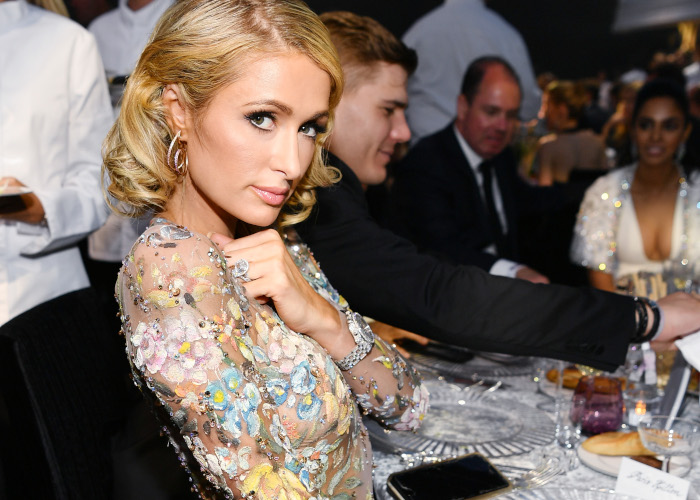 The Best Looks From The 2018 amfAR Cannes Gala

Celebrities Who, According to Astrology, Are Going to Have the Best Year