Prints are the following striking details we pay loads of attention to when speaking about the basic fashion trends of the season. They are one of the most suitable ways of exercising the creativity and the style of a designer, as well as for later becoming some personality statements for the ladies that opt for them. Thus when speaking about the fall/ winter 2014-2015 fashion trends, we really need to tackle upon the theme of prints in order to have a full idea about the basic inclinations that are peculiar for the current season. So starting our discussion of the hottest fall/ winter 2014-2015 print trends, we may point out the following options in our list!

Geometric patterns are the most immediate ways of creating real pieces of art for the designers. So well, that’s exactly what they are trying to do every time, introducing alternatives of geometric patterns one being even more eye-catching and admirable than the other. Polka dots, diamonds, checkered patterns and stripes are some of the most popular and actually never-fading alternatives that most of the designers happen to go for. Thus, talking with examples, we can note the alternatives by Emma Cook, Tod’s, Prada, and Chanel. The dotted patterns presented by Valentino and the heart shaped figures we found in the RED Valentino collection are also worth mentioning.

Color blocking is one of the most popular and extremely creative design patterns that the designers use. The advantage of these prints underlies in the fact that they give the designers the opportunity to create some pleasant color plays and contrasts and to come up with innovative and stylish interpretations all the time. This is a versatile alternative for them always having the chance to be modified and renovated according to the fashion trends. It’s not in vain that such directions as Cubism are mainly based on these forms. Thus, talking about the examples of the color blocks we can note the collections of Christian Siriano coming up with the traditional black and white interpretations, Carolina Herrera with the white, red, and blue plays, Talbot Runhof with the muted shades of red and purple and Veronique Leroy with the specific plays of golden and brown tones.

Curvy lines compose another creative interpretation of the basic geometric shapes and designs that are especially fun to experiment with. They are meant to create the impression of motion and rhythm. This is an ideal pick for the everyday garments. The wonderful pieces suggested by Samuji, Acne Studios, Rachel Comey, Marc Jacobs and Guy Laroche are some of the most successfully carried out variants of these prints.

Checks are again a form of geometric patterns, which have already become a separate type of print, not identified with just geometric. The first associations, of course, go towards the Scottish tartan and that’s actually how the original print is called. For the Scottish culture tartan is one of the most inextricable aspects of their culture. Thus, the most noteworthy shades of the checks that we noted during the shows are red and black alternatives both being equally effective and chic. Marc by Marc Jacobs, Missoni, Phillip Plein, Vivienne Westwood, Simone Rocha and Polo Ralph Lauren suggest some of the most noteworthy and cool alternatives of the red and laconic checkered patterns, at the same time perfectly accentuated with the red shade. As for the black variants, we can first of all note the one suggested by Marissa Webb and Comme Des Garons offering some combinations of checkered skirts and jackets. Roland Mouret came up with cool dresses having these patterns, which are ideal for complementing business looks. As for the option suggested by Steven Alan, the intense black shade is smoothened with the help of gray tones and the results come as an array of comfy jumpsuits for everyday wear.

This is another variant of the geometric patterns with a specific inclination though. The soft and smooth lines create some simple figures on a contrastive background making some ideal print patterns for suit jackets. The fashion shows of Emporio Armani, Delpozo, Escada, Fashion East and Tod’s were the most exact and creative interpretations of this type.

Coming to ornamental prints and patterns, there is an array of subdivisions that we may talk about in particular. One of them is the print of leaves and ornamental florals found with quite big proportions on the pieces of many fashion houses. For instance, the alternatives suggested by Mother of Pearl and Tory Burch are some of the most romantic options. Osman and Aganovich showed the ideal forms of coats adorned with this type of print. The garments by Christophe Lemaire can also nicely complete the everyday wardrobe of yours and even the one meant for your working looks if the dress code is not strict at your workplace. House of Holland, MSGM, Betsey Johnson, Paul Smith, and Undercover also come up with their options, spiced up with bright and catchy shades.

Ethnic patterns are the following most frequently met and modernized patterns we ever come across when looking through collections. This year they also have their unique place in the array of prints and patterns and they compose an essential part of the looks presented by Stella Jean, Mara Hoffman, Mary Katrantzou, Emma Cook, Talbot Runhof, Lindsey Thornburg, Veronique Braquinho, and Temperley London.

Going on with the trends that never fade away, we can’t miss out the animal prints! Fashion houses like Balmain, Wren, Givenchy, Celine, Dsquared2 and Tom Ford used the classic leopard prints for the key looks of their collections. Still, as we often note when speaking about animal prints, such looks tend to be aggressive at times, too. Thus they are suitable for the ladies, who are really confident and bold enough to sport such looks. The minimalistic forms are the best ways of expressing the whole charm of these prints. On the other hand, the variants suggested by Acne Studios, Giambattista Valli, Gucci, Vanessa Bruno and Zuhair Murad focus more on the wilder feline prints rather than on the classic forms, absolutely copying their natural coloring. Valentino’s and Dolce & Gabbana’s romantic butterfly, bird, fox and owl prints are also very charming!

When speaking about the floral patterns, we just can’t introduce them with a general option for describing them all. Thus presenting the florals with separate sections, the following noteworthy variant we would like to talk about is the roses generally created on the mysterious black background. Some of the most interesting and creative contrasts have been created with the pieces by Honor, Erin Fetherston, J. Crew and Elie Saab. Dolce & Gabbana also came up with the specific vintage-inspired patterns of roses, the dresses carrying which will become an essential part of a woman’s wardrobe for accentuating the interest towards cultures and the creativity of the person wearing them.

Going on with the theme of the florals, the following alternative we would like to present is the patterns of night flowers and floral prints in general. Pearls, blue and sky blue shades compose the greatest part of the color palette used for the creation of these prints. Such dresses can be found in the collections by Preen Line, Escada, Sonia by Sonia Rykiel, Clover Canyon and Lela Rose. Valentino and Dolce & Gabbana present some beautiful floral prints too.

Nature themes also compose a significant aspect of the basic print trends we happen to see every time. This time also, they have their important place among the most popular variants. Thus, the options suggested by Peter Pilotto and Tess Giberson are some of the most exact reflections of nature inspiration. The alternatives by Ostwald Helgason, V.Files and Tracy Reese demonstrate the fall themes on the prints going romantic and charming. Some of the prints are so realistic that they even resemble wallpapers. Such garments will make an ideal solution for everyday wear securing the comfy and creative looks. Dolce & Gabbana owl prints are also cute and curious.

Going no way more creative, some designers turned to the details of popular culture for making the prints and the patterns of their garments. This is how we may see the popular movie heroes on the prints of the pieces from Preen by Thornton Bregazzi, the fave cartoon heroes like Snow White on the pieces by RED Valentino, and even the images of the Statue of Liberty on the pieces from Fausto Puglisi. However, Moschino goes the furthest of all, creating a whole line based on the images of children’s fave sweets and other junk food, turning the models into walking packs and candies!

Text prints are the following variants of the design patterns we would like to note. They are just another way of accentuating one’s philosophy and personality, and probably that’s why the text prints never fade away absolutely from the trends of any season, always coming with big or small proportions. Thus, alternatives like the ones suggested by Manish Arora, Red Valentino and House of Holland are really noteworthy in this aspect.

When it’s fashion, it has to be artistic and sometimes even abstract for the total stun. Like almost always, this year too abstract and artistic prints are having a moment, letting sassy fashionisers appear more creative and one-of-a-kind. For mesmerizing abstract and artistic motifs, you can check out the collections of MSGM, John Galliano, Givenchy, Burberry Prorsum, Fausto Puglisi, Just Cavalli and others.

For innovative and standout prints, we can always rely on Dolce & Gabbana. Always bringing something new, inspired from the old, the designer duo manages to stay on top and spread a new print fever among fashion addicts. If it was the coin prints that triumphed last year, then this fall it’s time for charming key prints. Embellishing to-die-for dresses, these patterns do stand out in the list of the trendiest prints for fall/ winter 2014-2015!

So here was another trend report meant to help you be aware of the basic fashion trends that have a moment for the season. Following the fall/ winter 2014-2015 print trends, you’ll be able to come up with really amazing and cool combinations and looks that will make everyone charmed and bedazzled to death! 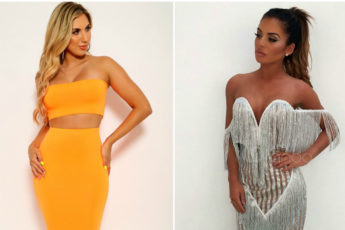 We've Found The Best Party Dresses 2019 Has to Offer 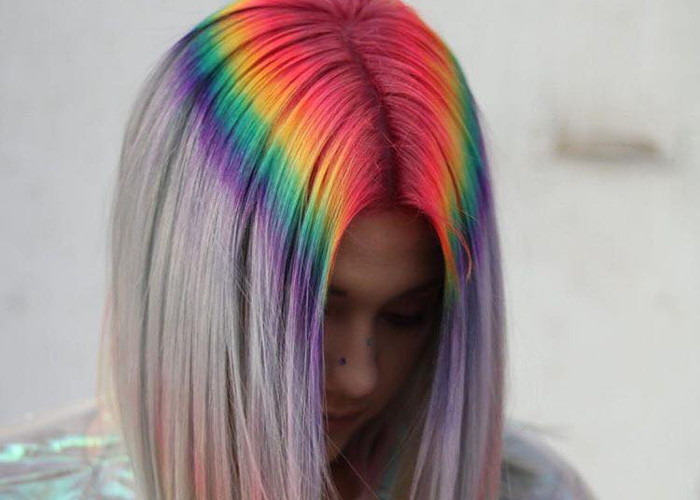 Prism Roots: The Colorful Dye Job You Need This Summer