For the “Captives’ premiere, Blake Lively had a very special and luxurious ‘do, adorned with a voluminous and cool updo part for the back and sleek side swept style for the front. The results are really impressive.

The following absolutely bedazzling look was noted with the option suggested by lea Seydoux, who picked a romantic form of an updo creating a delicate side part, effortlessly laid back hair and impressive makeup accents with the muted red shade.

The look of Nicole Kidman for the premiere of “Grace of Monaco’ was marked with the twisted side-swept ‘do, finished with the slightly messy accents, the nude pinky makeup and the smokey eyes.

As for the look of Marion Cotillard for the premiere of “Two Days, One Night’, the very first thing we could speak about is the twisted and slightly voluminous ‘do, which comes with the neat style for the front and the volume at the back.

Romantic updos were not forgotten, either. One of the most successful variants of this kind of looks was presented by beautiful Suki Waterhouse, who matched her romantic updo with the side swept bangs and the nicely accented makeup made of nude tones for lips and taupe eyeshadow.

For the premiere of “Maps to the Stars’ Julianne Moore decided to try the elegant and absolutely chic chignon with the sleek front part and the slightly side swept finishes.

The pure romance and femininity were the basic accents of Karlie Kloss’ look, created with the super cute Valentino gown, the Greek inspired updo with messy accents and the soft and sweet pinky makeup for the total glam.

Voluminous is the key word of the hairstyle that Cheryl Cole opted for. In particular, it was the central parting and the super voluminous part for the crown that made up the look. The all-natural makeup is what Cheryl opted for in order to match it with the hair.

What Natasha Poly chose for the premiere of Saint Laurent was the classic smokey eye makeup combined with the sleek hairstyle. This is one of the most impressive and chic makeup options that we are used to seeing with the most elegant combinations.

The next look we would like to speak about is that of Cate Blanchett for the premiere of “How to Train Your Dragon’, for which she had a very pretty sleek back updo, combined with the smokey eye effect and the overall minimalistic vibes.

Braid plus pony formula is one of the best ways to describe the ‘do by Eva Longoria for the premiere of “Foxcatcher’. This ‘do was accompanied with the side swept bangs and the overall messy accents.

The premiere of “Two days, One Night’ was also impressed with the high ponytail of Alessandra Ambrosio, who managed to combine that ‘do very effectively with the catchy jewelry, illuminated skin and the black eyeliner, also accompanied with gold shadow.

Freida Pinto’s hairstyle for “The Homesman’ premiere is also worth mentioning since it represented a specific and very interesting blend of the low ponytail with the sleek front part and the cute side parted finish. The smokey eye makeup was another great aspect of her look.

Braids also had a moment for the Cannes, and one of the most successfully worked out braided ‘dos was seen with the looks of Melanie Laurent, who combined the front framing small braids with the absolutely messy finishes of her wavy hair and matched all that with the side part and the natural makeup.

The side-swept and freely hanging waves were what Amber Heard opted for when preparing her red carpet look. Particularly, it’s the impressive cat-eye makeup and the bold red lips that make the image perfect.

Jessica Chastain’s choice for the “Foxcatcher’ premiere was the curly and relaxed ‘do, slightly spiced up with the side-swept accents and the beautiful shade of her hair. As for the makeup, it was accentuated with the help of reddish highlights and the sweet pink lipstick.

Salma Hayek went for the absolutely stunning and voluminous ‘do, combined with the central parted hints and the curly locks all over the length of the hair. The sweet shade of pink made the ideal complements for the sassy strapless dress she wore for Saint Laurent premiere.

Classic and timeless ‘do was the pick of Monica Belucci, who opted for a nice combination of the straight bangs with the delicately laid straight hair, all combined with the natural makeup details.

The following sassy hairstyle we may speak about is the one of Aishwarya Rai, who picked the combination of bold red lips, the traditionally classic makeup highlights and the center-parted relaxed curls.

The following impressive and cool ‘do was noticed with the looks of Eva Green, who picked a sleek plus straight hairstyle with a side part for “The Salvation’ premiere. The impressive and bold red lipstick also matched the red and fabulous dress she wore.

As for Naomi Watts’ look for “How to Train your Dragon’ premiere, side swept and delicately curled hair was one of the basic accents combined with the sleek front part without any bangs or front framing hair and finished off with the natural and nude makeup accents.

Natural and feminine were the best keywords for describing the look of Isabeli Fontana for Saint Laurent premiere. Here she was seen with the messily wavy locks styled with a side part and finished off with the bold and impressive makeup especially well put with the classic red lipstick.

Another super classic and elegant look was noted for the “Mr. Turner’ premiere, during which Liya Kebede opted for the super minimalistic and feminine side parted ‘do, finished off with the delicate and neat curls and the classic red lipstick.

Attending the “Lost River’ premiere, Christina Hendricks styled her hair into a wavy and sweet ‘do, which matched her red shade of the hair perfectly going well with the very delicately worked out smokey eye makeup and the bold red lips.

Messy was also the say of Hilary Swank, who opted for the combination of the side parted ‘do with the wavy and effortless locks on the one side, finished off with the similarly swept front bangs.

The first celeb we would like to speak about is the absolutely cute Berenice Bejo, who opted for a messy bob, accentuated with some side-swept accents, and overall wavy finishes. As for the makeup matching her look, we can speak about the glossy accents on lips and the naturally accentuated eyes.

The following impressive look observed during the “Maps to the Stars’ premiere was that of Mia Wasikowska, who went for a messy side swept bob, with some pins fastening the section of the front hair and completed with the natural makeup accents.

Wet hair effect could also be observed during the festival. One of those awesome options was noticed with the looks of Amelie Valade, who styled her locks of shoulder length into a central parted and messily accented hairstyle with those wet look hints.

Extravagant and chic was the say of Rosario Dawson, who came up with a very impressive side shaved ‘do, combined with the “half-bob’ of the second side, creating a very impressive ‘do overall, especially when coming with the natural and brownish inspired makeup highlights.

As for pixies, Audrey Tautou is one of the most popular pixie owners, who styled her hair into a cute and messy ‘do for the premiere of “Grace of Monaco’ and finished it off with the natural makeup.

So here were the celebs we would like to talk about, whose hairstyles were especially noteworthy for your inspiration in our point of view. So look through the best Cannes Film Festival 2014 celebrity hairstyles and get “charged’ with new ideas and creative suggestions! 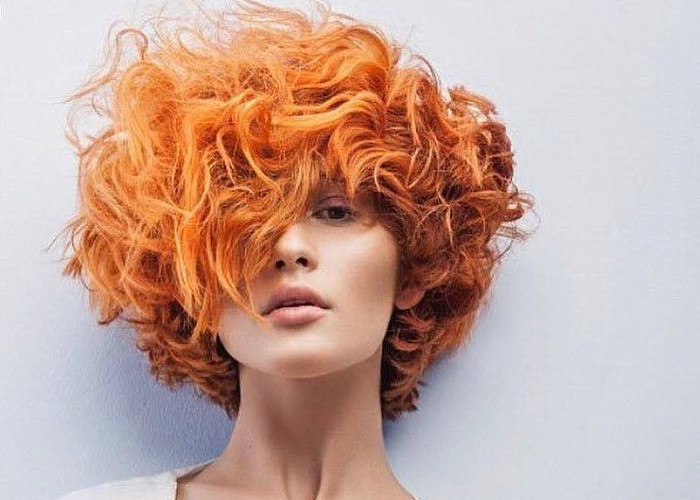