If you are looking for some extravagant and extremely creative solutions for changing your hairstyle radically, the options we are going to present right now are just what you need! Here we are going to speak about the craziest and the most extravagant hair colors and hairstyles for women that you couldn’t even imagine! Just have a look and find the one you need!

1. Color your hair in bright orange and red, complement it with nice cuts of the bangs and the front framing hair and have the Phoenix-like hairstyle that will accentuate your personality and gift that creative and great looks to you.

2. Go for messy and colorful. For the craziest combinations you can experiment both with the colors and with the textures. Thus you can create a messy and voluminous hairstyle combining that with controversial colors like sky blue and burning red. The results will be just dumbfounding.

3. For even bolder looks, you can combine all of the above-mentioned texturing and patterning with shorter hairstyles like bobs. This will definitely look personality starting and revolting.

4. Picking an extremely extravagant and different side sweep with a clearly noticeable side parting, a super sleek or even shaved half and a strikingly bright color texture for the other, you get yet another extravagant hairstyle look. This is, indeed, effective.

5. If Mohawk is what you would like to have without cutting your hair, you can create an absolutely stunning Mohawk hairstyle for the central part of the crown and still have the messy and straight long hair for the both sides.

6. Using folds for shorter hair is another option, for which you may have the bluntly cut bob for the whole do and spice it up with a slightly folded layer of hair going from one side to the far end of the back of the other, to accentuate which you may just have a shade different from the rest of the hair.

7. Going for colorful and super straight hair with some front falling layers going over the bangs is another cool alternative for you. This is again one of those hairstyles, for which we may say “Pick it if you dare’.

8. If you need a cool hairstyle for a costume party or carnival you may become the cherry lady! Covering your hair with thingies like cherries on branches you will turn yourself into a walking tree! What a piece of extravaganza! You may also combine this do with some braided details for an even better effect.

9. Creating a super voluminous and high updo resembling a beehive, still having a totally braided texture from the top to the bottom is another fab idea. Messy touches is what can complete this do best of all.

10. Going punk and extravagant, you may opt for a mohawk with some sleek side parts, styles with O-rings covering each knot of the braid running across the side.

11. In order to combine colorful accents with super messy and super curly details, you can create very effective and great dos, which will rather look like a wig!

12. You can also experiment with the combinations of short and long hair, keeping the top extremely short, even shorter than a pixie, and match it with the long hair left for the lower part.

13. Getting that Cleopatra bangs and, of course, matching it with the straight hair you already have something special. In addition, of you add some patterns to the whole look, even creating such crazy options like leopard print resembling ones, you can have something absolutely second-to-none. You can even try out these patterns and looks with blunt bobs.

14. Iridescent accents on the black background do look effective, especially if you put them into a messy and super effortless updo.

15. Styling a super short pixie with the jet-black crown and front part and the dramatic stripy pattern for the back made of white and orange is probably the craziest thing you may go for.

18. Patterns resembling eagle’s feathers also look effectively for the creation of some really impressive and cool hair patterns for creative dos. When you have them you don’t even need to think about the specific hairstyle options anymore. They really secure all the chic.

19. Wood prints patterns are the following imaginative do for your hairstyles, especially if you match that with the half-cut half-long do.

20. Again you can create the half-sleek dos with the help of creating a really sleek do for one side and go for a voluminous and long look for the other. This will create a nice contrast of styles and especially accentuate the great patterns.

21. Going to the ancient eras, you may like to recreate sphinx-resembling hairstyles, which will suit any costume party and will make you the star of the night.

Thus, here were the best extravagant hairstyles and hair colors for women that we would like to present to your attention, hoping that you will find something special and cool here in order to prove your revolting character and bold attitude and just take the risk waiting for everyone’s astounded looks! So be the enviable and the really different person all around and use these options as sources of having the dos or just getting inspired to create your own do of this type. The most spectacular thing about these extravagant hairstyles is that apart from using them for bringing in some changes to your everyday looks, you can also have absolutely creative and flabbergasting looks for special occasions requiring just as special looks. We are always here for providing you with the most suitable alternatives for doing that. What you need is to have courage to go for these looks! So try if your dare! 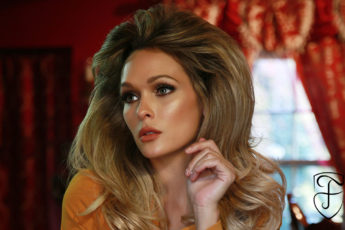 How to Braid a Headband

10 Glam Ways You Can Style Your Short Hair

October 7, 2014
« Previous post
How to Wear Oxford Shoes
Next post »
The Ultimate Beauty Guide to Getting Rid of Cellulite