Since the fall/winter array of fashion weeks has already finished, it’s time to sum up the main fashion trends we observed during the shows. Starting with the fall/ winter 2014-2015 color trends, we may talk about certain shades, which were most frequently encountered during these shows. These shades, are, of course many, but still we will try to conglomerate them into certain groups according to the frequency of their appearance, for you to know which colors to choose in order to look super stylish and cool during the coming fall-winter season. Thus, talking about the fall/ winter 2014-2015 color trends we may note these lovely hues!

If the fashion houses could come up with a joint message for the coming season, it would probably be “Go gray!’ This shade, with all of its varieties from dark to light has been observed in almost all the fashion shows! It is really incredible and uber-impressive to watch the ways according to which fashion giants interpreted the stylish shades of gray or Aluminum, a futuristic stainless steel hue, as described by the Pantone Color Institute. For instance, in case of the Hermes fall/winter 2014-2015 collection, gray was the key shade for the minimalistic approach it showed for elongated coats. Miu Miu used gray for putting it into combos with lively yellow and for adorning the jackets it presents with interesting quilted-like textures. Louis Vuitton was again classic and chic, using gray for design patterns like dresses, tops, and elegant coats. Abstracted patterns made of gray, brown, and black were the say of Paul & Joe. As for the uber-feminine interpretations, Valentino again aced it with the flabbergasting floor length chiffon-made gown. Also, we may find grayish designs with the shows of Saint Laurent, Stella McCartney, Jean Paul Gaultier (with the shimmery textures of gray), Haider Ackermann, Viktor & Rolf, Christian Dior, Chalayan, Nina Ricci, Damir Doma, Roberto Cavalli, Max Mara, Burberry Prorsum, Christopher Kane, Topshop, Ralph Lauren, Hugo Boss, Michael Kors, Chanel and many more. As you see gray is one of the absolute dominants of the coming season.

Navy blue is the next impressive and quite stably fashionable shade in our list of the fall/ winter 2014-2015 color trends, which again managed to find the best of its reflection is the fashion shows of very many fashion houses, in each coming with a unique and not repeated interpretation. So talking about the latter we may note the curiously worked out shimmery texture Miu Miu mainly used for creating the ideal reflection of sporty chic. The abstracted patterns of Paul & Joe also include this ethereal shade for the best effect. The totally flabbergasting floor length gown of Valentino and the coat adorned with birdie prints are noteworthy, too. So are the navy blue and black combinations of the sassy pieces by Stella McCartney. Among other great interpretations we may also note the shows of Vivienne Westwood, Sonia Rykiel, Acne Studios, the stunners of Dior, Roland Mouret, Blumarine, Costume National, David Koma, Roksanda Ilincic, Topshop, and J. Mendel, Zac Posen, Hervé, Tadashi Shoji, Lanvin, and many more. Talking about other shades of blue, we can’t but note about two majestically luxurious hues being Bright Cobalt and Royal Blue, which also had their significant place among the pieces.

Ethereal black and white interpretations also manage to hold their dominance, coming with some fresh and absolutely innovative interpretations. Despite the fact that the proportions of black and white were comparatively smaller in the overall range of interpretations, still there were such lines, where black and white had the evident dominance over all the other alternatives. Such were the designs we saw in Alexander McQueen’s collection, where monochrome looks of black and white, as well as their duos were quite eye-catching and cool. Roland Mouret also came up with some creative abstracted patterns of black and white, which really mattered for the overall chic of the line. Also, we can talk about the McQ by Alexander McQueen collection, and the Diesel Black Gold, which managed to create ultra-modern interpretations out of this color pair. Considering collections coming up with monochrome black looks, we may also note the amazing show of Zadig & Voltaire, the chiffon-made floral fantasy of Valentino, Chanel, and others.

Talking about ethereal shades, we can’t but also mention the extravagant pieces made of golden textures and most frequently coming with shimmery textures. The magnificent show of Saint Laurent is one of the best exemplifications of these shades. So are the abstracted design patterns by Kenzo, in case of which we see the great combos of golden shades with the black background. The all-golden and glittery interpretations of Rochas also matter in the creation of this trend. Dsquared2 is also in with its sassy floor length gown. The curious golden patterns Dolce & Gabbana used for the newest chic are also remarkable here.

Red is unquestionably a noteworthy shade when talking about the fashion trends. According to Pantone’s report, specifically Aurora Red and Sangria stand out among the shades of red, representing some glamorous and sparkling feel to the looks. The exemplars introducing the red shade are, indeed, numerous, but what unites them is the ultra-feminine and sassy garments they are meant to create. Thus, we can point out the absolutely breathtaking collection of Tadashi Shoji, where red was matched with the delicate and subtle lace patterns and the body-flattering shapes. Miu Miu is also in the list with its youthful and cool pieces. The stunning options suggested by Paul & Joe don’t miss out of our list, either. Also, when we talk about red glam and femininity, we simply can’t omit the absolutely to-die-for suggestions by Valentino, which came with the most subtle and sweet shapes possible. Shimmery red was the pick of Saint Laurent, putting it for the absolute party looks. Among other shows, we may also note the suggestions by Dolce & Gabbana, Chanel, Givenchy, Kenzo, Elie Saab, Roland Mouret, Christian Dior and others.

This is the following impressive and great design solution many of the designers opted for. Misted yellow is what we see among the pieces most. Coming for enhancing the brightness of the color palette, as well as for counterbalancing the darker tones selected, these shades prove to be ideal for any look. Thus, for examples, we may turn to the shows of Paul & Joe, Miu Miu, the luxury of Chanel, the Givenchy-made interpretation of glam, the Kenzo fantasy of colors, the uber-youthful pieces of RED Valentino, and, of course, the striking Dior interpretations of yellow shades.

The following array of uber-feminine and great looks has been created with the help of sassy and sensual mauve and orchid shades, which were also observed with quite significant proportions during the fashion shows. Mauve Mist is one of the most expressive and catchy shades that has been observed during the shows. Also enchanting Radiant Orchid stands out with its unique and striking hue. They have some feel of mystery, elegance, grace, and charm about them. Thus they really manage to create an ideal and absolutely effective image of a woman, who is confident, strong, and just beautiful. The greatest variants of these looks have been found with the shows of Chalayan, where they came with greatly put minimalistic vibes and matched with drapings. Christian Dior also aced it, presenting the most magnificent and stunning floor length wonders with these shades possible. The spectacular patterns the pieces of Dries Van Noten collection had were also remarkable. So are the suggestions by Marni, Paul Smith, Jonathan Saunders, Betsey Johnson, Altuzarra, and House of Holland.

Orange shade is the next in our list, presenting a thorough fairy-tale of energizing and cool garments and combinations. They are both catchy and fabulous, and really manage to create imaginatively feminine looks. Hermes collection is one of the most significant sources of finding impressive pieces with orange. Miu Miu also managed to create some cool alternatives. You can also turn to the line of Louis Vuitton for some more pieces with this shade. Jean Paul Gaultier also managed to create some cool variants with the orange shade. Chanel doesn’t lag behind with its creativity, either. Among others we may note the shows of Jonathan Saunders, Betsey Johnson, and House of Holland.

The next fall/ winter 2014-2015 color trends we would like to introduce to your attention are the one of cognac brown and hat of beige, which have also been picked with significant frequency for the important shows. Talking about the former, we should note the cognac shade, which according to Pantone’s report is a prevailing trend for the season. Thus the draped and deconstructed patterns of Hermes may be noted here, followed with the array presented by Louis Vuitton, in case of which we saw such pieces as fur for the total match with the creamy shades they came adorned with. Givenchy is also here with its creative and chic suggestions. Going on with our list, we may also note the shows of Valentino, John Galliano, Chloe, Rochas, Dsquared2, Chalayan, Paul Smith, Jonathan Saunders, Betsey Johnson, and House of Holland.

Finally, it’s the green shade that we would like to note as the final option, and as Pantone reports, Cypress green is one of the most popular and frequently met shades, forming another sassy array of great tones. It refreshes the looks, gifts them with a nice and cool feel, and just doesn’t get tiring and always keeps you energized and cute. Some great examples of this shade may be found in the collections of Miu Miu, Valentino, Stella McCartney, Jean Paul Gaultier, Acne Studios, Isabel Marant, Christian Dior, Vionnet, Giorgio Armani, Missoni, Max Mara, Gucci, J. Mendel, and Lacoste.

Thus here were the basic fall/ winter 2014-2015 color trends we observed during the shows of the coming cold season, and we do hope this will be helpful for your choices and for the creation of the most successful looks of yours! 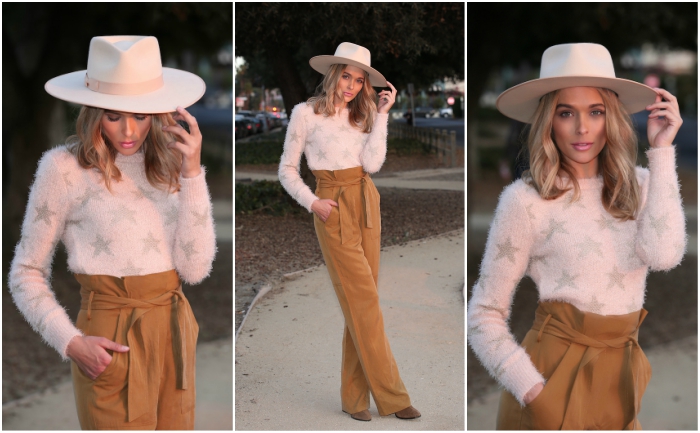 All The Ways You Can Wear Paper Bag Pants 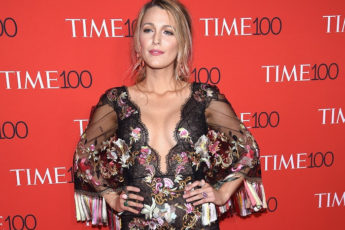 Blake Lively’s Most Seductive Outfits Ever