If your are a fan of braided hairstyles and are in constant search of new ideas and tips about such amazing hairdos, then we have very interesting and creative suggestions for you, which will provide you with some new ways of braiding hair, including all the best and easy-to-make variants. So here we start with our awesome array of braids and hair braiding lessons!

To make a classic French braid, you need to grab a top section of hair and split it in three parts. Cross one part over the middle strand and under the next one and go on grabbing the rest of your hair on the sides and incorporating it into the braided strands. When reaching the shoulder level you can go on braiding the strands pulling them on one side and when you’re done secure it with an elastic band.

In order to have an impressive Dutch braid, you need to make a side split first. After this, grab a triangle section on the side with more hair and again split it in three parts. The principle of braiding is almost the same as it’s with the French braid, simply instead of pulling the middle strand under the one next to it, you need to pull it over the side strand. And just go on adding hair to the braided strands until you’re done with your cool Dutch braid.

This option again starts with the side parting. Grab a section on the part with less hair and start braiding the strands adding hair from one side and moving gradually to the other. In the end, you will finish up with a cool side braid, which will look especially effective if you leave some side bangs or just hanging hair at the front for face framing. This hairdo is very versatile and your can transform it into a faux bob or a bun, too. This is a universal option for parties, everyday looks, or any other occasions.

To make this looks you should start like with the classic French braid, grabbing a section of hair on top and now splitting it in two parts, and twisting each strand. Then twist it over the other one, eventually getting a double twisted braid, the strands making which need to be tight when coming to the neck.

The beginning of styling a reverse French braid is the same as with the classic look. You need to grab a top section and split it up in three parts. Next, you need to grab the one side strand with sticking your middle finger through, moving it under the middle strand. When grabbed, you need to pull the side strand to the opposite side and then repeat the same with the other strand. At the same time, don’t forget to add more sections of hair every time you are grabbing the hair from the sides. Reaching the neck you may go on braiding it like a usual one and secure the tips. You can also finish up with gathering the hair into a bun at the end, making it a braided bun, or a messy type depending on your preferences.

Another creative version of braided hairstyles to opt for is the fishtail braid. It might be difficult to make this at first, however, when learning the simple know-how steps, it actually turns out to be not that hard. All you need is to take the whole of your hair at the back or flip it on one side, and split it in two equal halves. Afterwards, you need to take a small half of one strand from the outer part and bring it back to the other side. All you need to do next is to repeat these steps, every time taking a small part of your hair and puling it back to the opposite side making a curious fishtail braid.

Mermaid braid is one of the most effective and chic hairdo options, which is a ready-made solution for your party looks. For this hairdo you need to take a very small section of hair on the top side part of the scalp, split it in three and make a basic three-strand braid moving it to the other side and fastening with some pins or clips. Next, you just need to take another equally small section of hair from the central part of the crown, start making another basic braid, but being sure to add some small strands of additional hair from the side hairline. This is what makes this hair braid option differ from the classic French braid. That is instead of grabbing entire sections of hair, you need to pull small parts from the side parts. In the end, you will also need to loosen the braid when secured with an elastic band, in order to have a more eye-catching and relaxed shape.

Going further with the options of braids, here comes the next variant suggesting a cute milkmaid braid. For this look, you need to divide your hair in two parts and braid each side with the simple three-strand braid first. In case of the second section, you also need to braid the hair under pulling the strands instead of over pulling them. Finally, you just need to pull your hair up for the crown and to secure the strands with pins, removing the elastic you will need to use for fastening the basic braids.

Five-strand braid is probably one of the most sophisticated yet elegant and chic braided hairstyle, which is an ideal solution for complementing your party looks, or for securing your awesome everyday look, too. For this hairdo you need to split you side pulled hair in five equal sections, thus having first and second section in one hand, and the fourth and fifth in the other, leaving the third middle one free. The principle is that the first strand should go over the second and under the third one. Repeat these steps for each strand and when done, just pull the braid a bit to make the braid looks even looser and relaxed. Also for making it look especially chic and feminine, you can experiment with some side swept hanging hair, which is preferable to be curled to match the braided do perfectly. Taking a small strand from the other side and curling it again is another good way of securing the framing hair for the other side, too. For a long lasting effect you can also use a hair spray to fix the hairstyle.

Waterfall braid is just one more chic and impressive variant of making a braided hairdo. This style belongs to the relaxed and hanging type, making which you first of all need to put your hair on one side and gathering a small section on the front divide it in three strands. While starting it like a usual French braid, you need to drop the bottom part of the strand instead of continuing the braid. Go on adding similarly sized sections from underneath the braid to continue. Just repeat these steps afterwards, adding the top part, and dropping the bottom. Later, you need to repeat all this until you cover the half of your head towards back, and once you’ve done with this, just continue braiding for a tail end. Finally, hide the tip of the braid inside some side-parted hair and secure it with pins. For the best results, you may also finger comb the hanging strands to make them look natural and perfect.

Saying sophisticated and ultra-youthful, we mean something like this striking rock star braid! For making this do you need to start with combing your hair and making it maximum soft and detangled. Next, you need to grab out a section of hair and secure it with a rubber band for later braiding. Thus, grab one section for the central part and after securing it go on with the side section. Also, you need to section out two more parts for each side, being careful to make the sections as equal and symmetric as possible. Start making a regular French braid adding hair from top and bottom and turn it into a basic three-strand braid for the finish. Next, you need to section out the next part, gathering the rest of the hair in a ponytail again, so that you don’t get confused with the hair sections. After grabbing the third section and repeating all with it and the other side, pass to the central part and start making a classic French braid from the very top up to the crown part. Then just add the mini braids into the additional hair you take from the central braid and go on braiding until you get to the tips, which need to be secured with an elastic band. And there you go with the versatile hairstyle of yours suitable for parties, important occasions or just casual looks.

So here were the main creative braiding lessons for you. Each of them has something special and specific about it, so in case of a little practice you’ll be able to master all of them just perfectly. 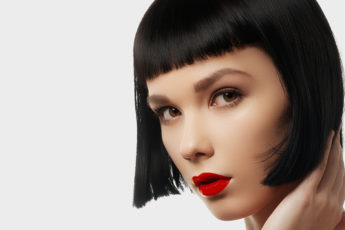 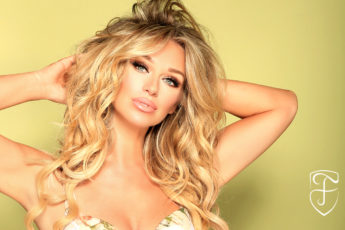 How to Give Yourself a Sexy Wavy Hairstyle