Short hairstyles are the most attention-demanding and intricate-to-manage ones, finding new and fresh solutions for which is sometimes harder than with those with medium or longer lengths. Thus, you should opt for any possibility and type of hairdo, in order not to seem repeated or have similar looks all the time. This is especially important for the holidays and special occasions, during which you need to look just flawless. Thus, here are some celebrity curled out bob hairstyles, which demonstrate some nice ways of putting your bob into amazing curly shapes.

One of the mostly chic-inspired and chic-creating options was observed with Stana Katic during the premiere of “CBGB’, where she had a very luxurious and deeply curled out bob, which was very suitable for her golden shiny hair. Such wavy curls, with some additional volume can also be observed with the looks of Caitlin Fitzgerald, too. Reese Witherspoon also suggests a similar variant with some voluminous curls and perfect combination with red lipstick.

Another variant observed with the platinum-with-blonde hair shade of Julianne Hough demonstrates some loosely wavy curls, yet having considerable proportions of volume. Similar looks with a bit tinier and more numerous curls can also be found with Laura Dern’s choice, too. Cobie Smulders suggests her version created with some voluminous effect and a bit elongated bob.

Curled Out Bob Hairstyles: The Touch of Retro

Another interesting way of styling bob hairstyles is doing that with some retro effect, achieved with wavy looks and ultra-shiny hair. Such options can be found in case of January Jones, who opted for a side part type, Morena Baccarin, having chosen the super curly and bouncy looks for her brunette locks, as well as Melody Gardot, who picked the maximum proportions of retro chic for her hairstyle, and the stunning and luxurious variant of Linda Evangelista, too.

One more type of effortless and bouncy style is presented with the wavy and numerously put tiny curls all over from head to tips. Such options are popular with Meg Ryan, observed during the Canes, Rihanna, with the spectacular and really curly locks, and Jennifer Grey who decided to have a more natural style of curly bob for the 2010 Stand Up to Cancer event. In addition, we can mention the alternative suggested by Alesha Dixon, also having its say in the voluminous and tiny-curly subdivision of these looks. At the Golden Globe, Drew Barrymore showed what voluminous means for her, too!

This is just a very creative and sweet type of curly bob hairstyle, which is especially effective with the super short bob. Such looks can be found with Milla Jovovich, who opted for some messy curls, which are even more eye-catching with the help of the silver barrette of hers she used for a look, Vanessa Hudgens, whose pick for the Elton John Oscar viewing party was a whole super short bob made of curls and tresses, as well as the option of Anika Noni Rose, who chose the razored bob of hers to be the most eye-catching aspect of her looks for the premiere of “Bag of Bones’. Dannii Minogue’s alternative is also worth mentioning here, created with some additional volume and classy, regular curls.

Curled Out Bob Hairstyles: The Effect of Diversity

Finally, there is a whole array of such creative variants, which do not fall into any category, since they are, indeed, unique and super special. One of them is the elongated version of Gina Gershon, who chose the 60s inspired flip joint with some volume for the crown, the option of Jacqueline MacInnes Wood, with the immediately obvious retro touch, yet put with a super spectacular voluminous look. Rachel McAdams in her turn comes up with the chunky swingy bangs almost covering the eyes.

So, if you have a bob hairstyle or maybe think about having, here are some useful options for you, with the help of which you may acquire some unique and eye-catching looks for any occasion. 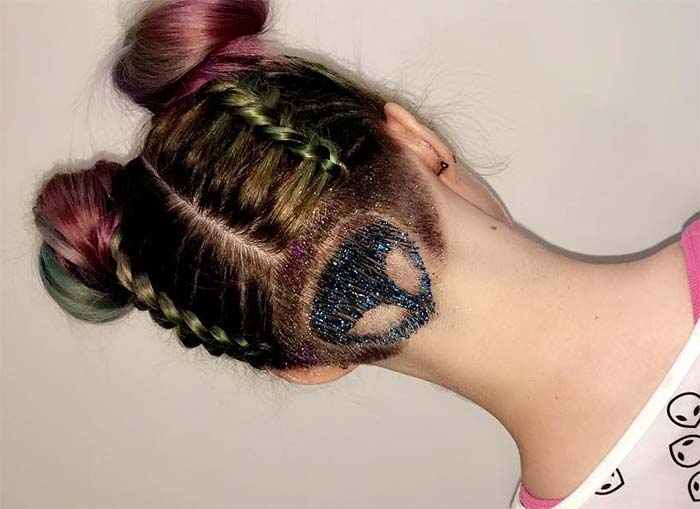 Fabulous Ways to Upgrade Your Hairstyle With Bobby Pins

October 10, 2017
« Previous post
Chanel Shoes and Handbags Fall/Winter 2014-2015
Next post »
Everything You Need To Know About Eyelash Care