Katy Perry is one of the most outstanding and creative ladies among the celebs we know and constantly follow, and the hairstyle transformations of hers are quite remarkable and worth talking about in all respects. So we present a brief list of the most significant and eye-catching Katy Perry hairstyles and hair colors that she has been spotted wearing so far.

This couldn’t but be one of the primarily noticeable and descriptive options of Katy. Basically created with the jet black hair color of hers, she comes up with a variety of retro-inspired hairdo variants, like in case of the side sweep curly option, or another variant similar to this spotted during the Logie Awards, where she presented the best way of creating wavy curls for retro chic.

Katy is best remembered with the variety of side sweeps of hers, which come as curly options like it’s described above, or with some toned down waves, as well as taking the forms of more voluminous and bouncy versions, followed by natural wavy options she had attending the KIIS FM Jingle Ball.

Katy looks stunning with bangs, too, for this variant having some creative hairdo options. Thus, we see her with side swept bangs, the variants found on “The Late Show with David Letterman’, where she also used lavish curly finishes, as well as the heavy fringe accompanied with the straight cut bob of hers.

What is another popular feature of Katy’s style can be described as transformations with bangs, which most often end up with back swept options, observed during the MTV Awards, for instance.

Not very often, yet effectively, she also knows how to apply hair accessories in order to complete her looks. One of them includes opting for a silver butterfly in order to add some extra chic to the curly side parted hairdo.

Another popular variant of her experiments are the braids, one of which is the crown French braid that adds glamour and femininity to her looks.

Coming to the spectacular color transformations of Katy, we can first of all mention that electric blue hair she had for the Elton John Oscar viewing, having the hair cut in a sleek bob.

“The Smurfs’ premiere was also a very remarkable event for Katy to demonstrate the strawberry-blonde hair shade of hers, the effect of which was enhanced with bouncy curls here.

Another creative and quite trendy variant observed recently is the pastel-made iridescence of hair, in case of Katy coming put as highlights for wavy side parted hair. Creative and cute in one!

Here are what make the experiments of Katy more explicit and noteworthy. So look through these cool Katy Perry hairstyles and hair colors, get inspired, and come up with fresh and imaginative ideas of your own, too! 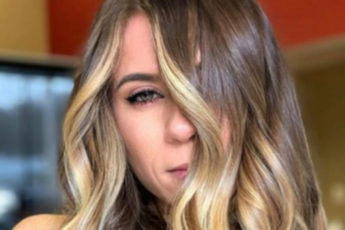 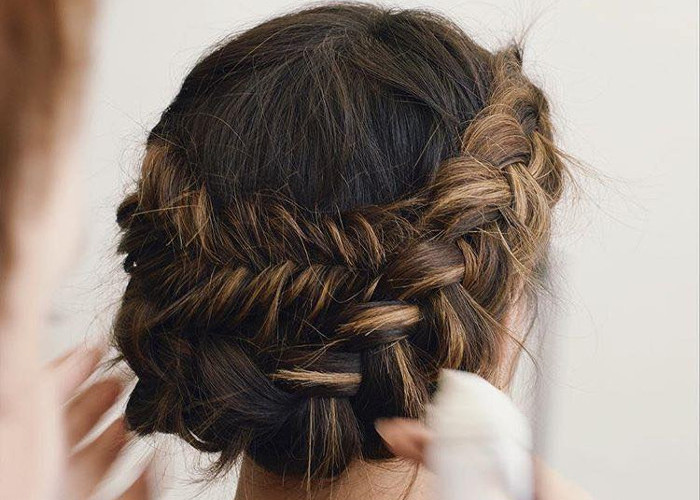 The Prettiest Hairstyles For Fall