The combination of an ultra-successful, famous fashion house and a beautiful princess leads to the ultimate royal fashion collaboration of the new season! Princess Charlotte Casiraghi of Monaco, daughter of Caroline of Monaco and granddaughter of Grace Kelly, has been selected as the new brand ambassador for Gucci. The 25-year-old beauty will feature in the legendary Italian fashion house’s ‘Forever Now’ campaign, photographed by four of the most renowned photographers in the world. Now, we already have the chance to take a peek at the first photos done by photographer Peter Lindbergh, telling the story of Gucci’s iconic green and red stripe.
Speaking about their new choice as a Gucci spokesmodel, Frida Giannini, the creative director of Gucci, stated that Casiraghi perfectly embodies the Gucci spirit. She used words like “timeless beauty” and “modern allure” to describe gorgeous Charlotte.
“Over the last two years I have had the pleasure and privilege to get to know Charlotte through our shared passion for horses. She not only embodies the beauty and the grace of the equestrian, but is also a wonderful ambassador for the sport. I am delighted to be able to celebrate Gucci’s icons of heritage with someone who is so connected to the history and essence of this house. Charlotte brings the spirit of Gucci to life so elegantly,” Giannini explained.

As for Casiraghi, the stunning princess confesses she is simply thrilled to work with the Italian label. “I find it very exciting to have the opportunity to work with some of the best photographers in the world in honour of Gucci’s heritage,” Charlotte says.
She also added she fully respects Giannini’s talent. “I admire Frida’s talent as a designer and she has really managed to reinvent the codes of Gucci by giving them a modern twist and timeless elegance,” Casiraghi said.
Actually, this isn’t Charlotte’s first deal with the Florence-based fashion house. She has attended several editions of the Gucci Masters. In addition to this, Frida Giannini has been designing riding gear for Casiraghi for the recent couple of years. “While designing for her equestrian line, I learned to appreciate her innate skill at combining family traditions with an exceptional modern attitude,” Giannini said.
The Gucci ‘Forever Now’ campaign was launched last year to celebrate the 90th anniversary of the legendary label. With equestrianism as the main theme of the campaign, Gucci is bringing its impressive heritage to the fashion scene. Charlotte Casiraghi, who will work with the brand for two successive years, manages and will certainly manage to represent the brand’s new creations at the best. 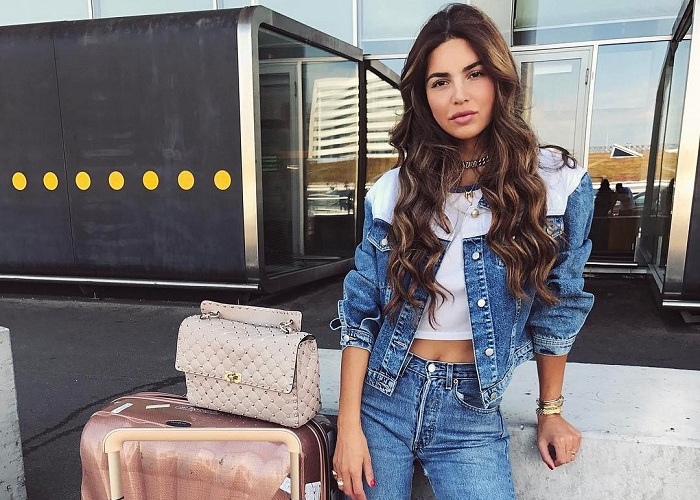